It’s often impossible for a highly anticipated movie to live up to expectations, though Christopher Nolan certainly gives it his all in the conclusion to his Batman trilogy.  The Dark Knight Rises is as large-scale a production as almost anything that Hollywood cranks out on James Cameron’s down time, a pitch black morality play on the grandest scale imaginable.

Nolan is one of the premiere modern directorial maximalists, able to sustain brooding tone and narrative complexity while also delivering spectacle on a blockbuster scale.  His movies, however uneven in quality, are always eye-popping and visually inventive.  The Dark Knight Rises is not the near-masterpiece that its predecessor was, though like the first film in the trilogy it is still a highly admirable, disturbingly relevant vision.

END_OF_DOCUMENT_TOKEN_TO_BE_REPLACED 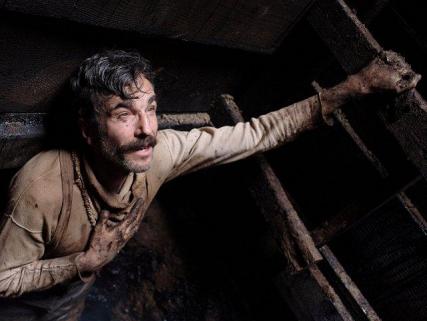 1. Daniel Day-Lewis- There Will Be Blood– Towering doesn’t even begin to describe Daniel Day-Lewis’ performance in Paul Thomas Anderson’s epic deconstruction of the American Dream.  He commands the screen with a ferociousness and method that makes him peerless among other living screen actors.  As Daniel Plainview, he creates a vision of greed as a replacement for love that is ferocious, haunting, and uncompromising.  Though Anderson was the visionary behind the camera, it would not have come to full fruition without the help of Day-Lewis.  Who else could belch the line “I drink your milkshake!” and make it sound like the coming of the apocalypse? Key Scene- In a three hour movie where he appears in every scene, it’s hard to choose one.  In the end, I decided between two confrontations between Plainview and the preacher Eli Sunday (Paul Dano).  The infamous “milkshake” scene actually takes second place the the excruciating baptism Plainview is ordered to endure to get the land he wants.  Now in Sunday’s arena, he is forced to pay for the sins of his past, namely humiliating the preacher by smacking him around in the dirt.  Now getting the sin slapped out of him and water thrown in his face in front of the whole congregation, Plainview loses that ever-important control.  In a surprising release of emotion, he appears to reach out to the son he abandoned.  Whether he likes it or not,  he’s been gotten to, and there will be… well, you get the idea. 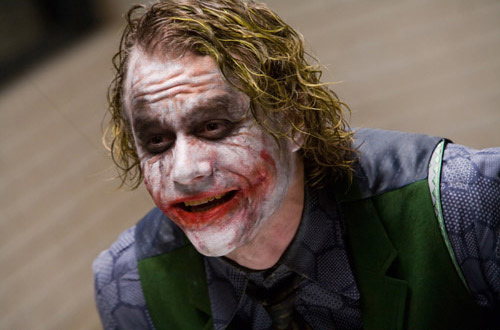 2. Heath Ledger- The Dark Knight– A short-lived career bore many fruits for the late, great Ledger.  His performance in The Dark Knight won him a rare posthumous Oscar, though he would win the award almost any year he was nominated.  Nolan’s realistic retelling of Batman called on a new take for the Clown Prince of Crime, and Ledger answered with a vengeance.  Wielding a smile carved into his face, chipped paint, and mangy hair, he managed to create a definitive image of an already legendary character.  It’s an unforgettable performance that will haunt you forever.  Key Scene- The best scene in the entire movie is when Joker and Batman muse in a grim prison interrogation.  Ledger is terrifyingly real in the scene, laughing  as Bale’s Batman pummels him.  “You have nothing!  Nothing to do with all your strength!” he bellows.  It’s one of the best movie scenes in years thanks to his artistic dedication to this larger-than-life villain.

END_OF_DOCUMENT_TOKEN_TO_BE_REPLACED

For our new Spotlight series, I decided to kick things off with one of the greats.  While this segment of the site may not always focus on big names, they don’t get much bigger than Jack Nicholson.  Exploring a career as acclaimed and a man as legendary as this is no easy task.  What these pieces will consist of are commonalities in the career of the subject, as well as five key films to see their work in.  As always, give us feedback about what you think!

Career: As previously mentioned, Nicholson’s career has been legendary for decades.  One of the greats of both the old and especially the new American cinema, he has forged an identity on the screen that is both iconic and consistently shifting.  A lot can be done with those eyebrows, and he finds something new every time.  Whether he raises them in madness (The Shining) or in smug victory (As Good as It Gets), they are part of what defines him as an actor.  Of course the other thing is that talent.  He has given us some of the most legendary movie characters of all time and also influenced many other fine actors.  His off-screen life is kept largely private, though he makes notorious awards show appearances and is a legendary playboy.  It would be ignorant to keep him out of those shows, since he alone has won three Oscars and been nominated for 12.  At the forefront of American screen legends, Jack is not afraid to take risks, and has made it a point to work with every director he’s wanted to work with and only rarely cashing in on his image (The Bucket List).  Though there are far more than five great performances from him, here are the highlights that showcase a different side to Hollywood’s definitive wily renegade.

END_OF_DOCUMENT_TOKEN_TO_BE_REPLACED 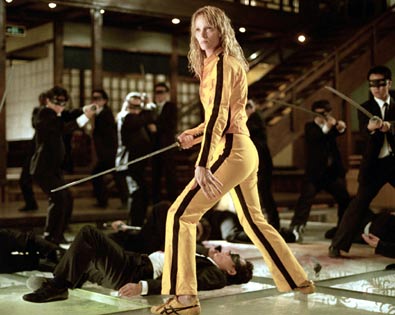