Magic Mike is not a radical film.  Its form is decidedly modern, with director Steven Soderbergh creating a lived-in yet color-saturated urban Florida summer.  Its content, a fairly standard “Getting my life together” narrative, has been made radical because of Hollywood’s endless dedication to the male gaze.

As you are probably aware at this point, Magic Mike is the Channing Tatum stripper movie.  It is a summer success story that is somehow a surprise because averting the endless movie camera gawk at the female form and aiming it at men is seen as a risk.  Studio executives remain in a state of shock when the non-heterosexual male half of the population turns out to support a movie made for them.

END_OF_DOCUMENT_TOKEN_TO_BE_REPLACED

The Bourne Legacy isn’t another installment in the shaky cam spy series as much as it is a thrown together money grab that uses the world.  It takes place largely during the events The Bourne Ultimatum, where the U.S. government apparently was eliminating other super agents like Matt Damon’s Jason Bourne while also trying to track him down.  Damon appears only as a mug shot, though, and the screen time largely belongs to Jeremy Renner.

Renner was a good choice to play Aaron Cross even if the movie, directed and co-written by Tony Gilroy, is way too long for what it’s trying to show.  The biggest draw of the other Bourne films was how the filmmaking techniques were as efficient and fast-paced as its main character.  In this movie’s almost two-and-a-half hour run time, there are long, unnecessary stretches that add nothing.

END_OF_DOCUMENT_TOKEN_TO_BE_REPLACED

It’s often impossible for a highly anticipated movie to live up to expectations, though Christopher Nolan certainly gives it his all in the conclusion to his Batman trilogy.  The Dark Knight Rises is as large-scale a production as almost anything that Hollywood cranks out on James Cameron’s down time, a pitch black morality play on the grandest scale imaginable.

Nolan is one of the premiere modern directorial maximalists, able to sustain brooding tone and narrative complexity while also delivering spectacle on a blockbuster scale.  His movies, however uneven in quality, are always eye-popping and visually inventive.  The Dark Knight Rises is not the near-masterpiece that its predecessor was, though like the first film in the trilogy it is still a highly admirable, disturbingly relevant vision.

END_OF_DOCUMENT_TOKEN_TO_BE_REPLACED 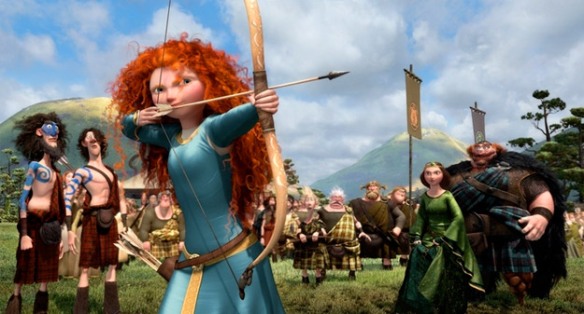 Pixar has swept up diverse audiences of children, adults, film critics and casual movie watchers on fantastical journeys to their fully realized animated worlds.  That unparallelled run in quality, box office gross and awards has made them an unstoppably positive influence on modern movies.

Until now, men have dominated the spotlight in Pixar’s movies just as they often do in most others.  As the big studio “female” paradigm (very) gently shifts away from romantic comedies toward raunchier fare like Bridesmaids and action blockbusters like The Hunger Games, it only makes sense that the Mrs. Incredibles, the Jessies and the EVEs would start to occupy the center of Pixar’s spotlight.