The Joker (The Dark Knight)- He can pull off a bank robbery and walk away from it after turning everyone against each other, but he can also dress like a nurse and give a monologue about anarchy.  The Joker is a criminal mastermind who likes to put people into the games he designs.  Much more interesting than Jigsaw, and with Heath Ledger’s insane lip-licking and constant eye-twitching, much more entertaining and disturbing. 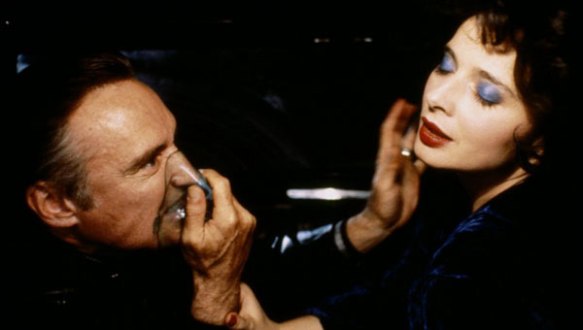 Frank Booth (Blue Velvet)– Booth’s entrance into Blue Velvet is one of the most disturbing things you will ever see in a movie.  He barges in, precedes to pummel his mistress, and then collapses, taking a breath from an oxygen tank and yelling out “Mommy!”  Dennis Hopper goes all the way with this performance, and it truly is one of cinema’s most disturbing and under-appreciated madmen. 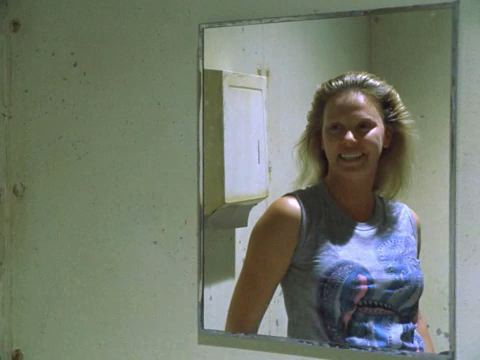 Aileen Wuornos (Monster)– It has to be more disturbing that this killer was actually real, even if people think of this Oscar-winning performance whenever they hear about her.  Charlize Theron puts forth some of the most piercing and tortured eyes ever to be in a movie, and even when you start sympathizing with her rough luck, you’re never quite sure what awful thing she’s going to do next.  Her monologue justifying her murders will burn in your memory, as does the rest of this terrifyingly true character.

Norman Bates (Psycho)- He may not be the original movie serial killer, but he spawned almost all of the ones you see with countless sequels attached to them.  Thankfully, Hitchcock didn’t have the nerve to cash in on Psycho II.  Instead, we get to remember Norman as the shower-stabbing mama’s boy he is.

Annie Wilkes (Misery)– Stephen King has written some of the best villains in both modern book and movie history. Kathy Bates plays this whopper of a mental case, a woman who abducts her favorite author from a car crash and holds him prisoner.  Playing to her dream of having him need her gives the audience one hell of an entertaining nightmare to watch him go through.

Seymour Parrish (One Hour Photo)- Another forgotten portrait of madness is this Robin Williams shocker from One Hour Photo.  The normally loud, obnoxious comedian tones it down for an eerie look into the life of a photographer obsessed with a family he develops pictures for.  It gets more disturbing as the movie rolls along, but nothing quite beats the quiet chills the movie has in the beginning.

Alex (A Clockwork Orange)– From that first extreme close-up until the movie’s queezily cheery credit sequence, you get a psycho you can believe in with Alex.  He rapes and pillages through a futuristic nightmare, until the tables are turned and its his turn for sadistic exploitation.  The government takes him and makes a new kind of psycho, one that minds better but is still quite insane.