Days, Kajillionaire, and Da 5 Bloods are among our favorite movies of the year. Continue reading →

New works from Martin Scorsese, Jordan Peele and Bong Joon-ho were just some of the movies that defined 2019 Continue reading →

Elisabeth Moss, Adam Sandler and Lupita Nyong’o are just a few of the performers who defined film acting in 2019 Continue reading → 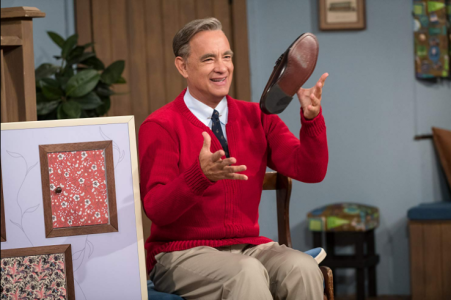 Every “best of” list is defined by what’s absent, both to the people who read them and those who assemble them. The act of whittling them down, of deciding to choose one movie over another, can be difficult. What’s equally daunting are the hundreds of movies I’d have liked to see for the first time that could have made this list, or the ones I saw for the first time and didn’t realize I loved. I look forward to discovering them in the years to come and tweaking my list on Letterboxd accordingly. Looking back on the 2010s from its final days, these are the movies that left the biggest impression. Consider this list a snapshot. Tomorrow it might have turned out differently. -Matt

1. The Wolf of Wall Street- The best film of the last 10 years is Martin Scorsese’s 3-hour epic of depraved greed. The Wolf of Wall Street is both a grotesque creation and the decade’s funniest film. Tracing the turbulent rise and fall of the stockbroker Jordan Belfort (Leonardo DiCaprio), Scorsese uses his insatiable desire for money to expose a rot at the heart of American society. The movie is designed from the ground-up around the everyday excess and debauchery of Belfort and his colleagues at the New York firm Stratton Oakmont. In their offices, Scorsese portrays an anarchic space of endlessly screaming executives, where a marching band plays in their underwear, and Belfort’s partner in crime (an exceptional Jonah Hill) eats a nerdy broker’s goldfish and then fires him.

This is also the place where Belfort goes on a series of extended, frightening rants, a Quaalude king to a group of privileged minions. “There is no nobility in poverty,” he tells them in one scene. “I have been a rich man and I have been a poor man, and I’d choose rich every fuckin’ time.” As brilliantly embodied by DiCaprio, Belfort is a seething ball of rage produced by sexual frustration. He can have anything he wants, and often does, but when confronted with the intimacy of a woman, he orgasms in 11 seconds. The Wolf of Wolf Street is a necessary battle cry from artists at the absolute peak of their power. It’s a boundlessly confident achievement, and a bombardment of pure cinema.

2. Carol- From the moment Therese Belivet locks eyes with Carol Aird across a busy 1950s New York City department store, that’s that. Their first look is a barrage of confusion and longing, of instant connection stifled by societal codes.Therese (Rooney Mara) and Carol (Cate Blanchett) spend much of the rest of Todd Hayne’s immaculate, sensuous film trying and sometimes failing to express how they feel about each other. For Therese specifically, attraction to another woman is not something she seems to have given herself permission to consider, until now.

What Carol does so beautifully, what makes it the most ravishing romance this side of In the Mood for Love, is that it slows down to examine the minute gestures, to chronicle every touch, every glance that leads to their love affair. The moment where Carol looks over her shoulder while picking out a Christmas tree and Therese snaps a photo of her seems like it has always existed. It’s one of many that took my breath away.