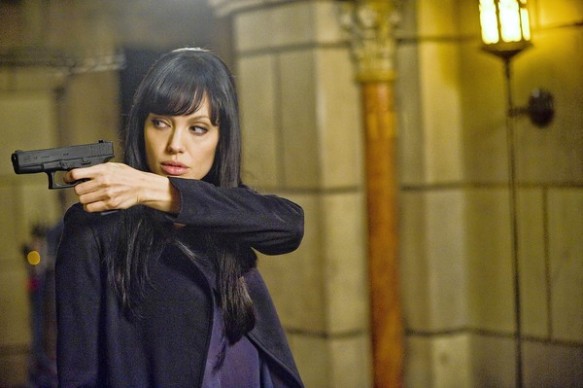 In the age of the 3D cash-in, Hollywood has been lax on its movie stars.  Unless you call Sam Worthington, “star” of Avatar and Clash of the Titans, one, you don’t actually find many legitimate celebrities inhabiting these movies for more than a cameo.  You can say what you want about explosions and gun shots flying at you in 3D, but if you don’t have star power behind it, your movie will just be replaced by the next quick sell.

END_OF_DOCUMENT_TOKEN_TO_BE_REPLACED

Just one year ago Hollywood was partying like it was 2009. For second or third straight summer in a row, studios were rolling out films that pleased audiences, critics and their pocketbook alike, which is an extremely rare feat for the industry to do these days. In 2008, Wall-E, Iron Man, and The Dark Knight topped the box office (with The Dark Knight tumbling new records) and were garnering staggering reviews, then received a slew of Oscar nominations down the road. All were happy.

The year 2009 followed suit. Transformers 2 opened to be the largest grossing movie of the summer, crossing the $400 million mark even if it did get annihilated by critics. Up, Star Trek, The Hangover, The Proposal and more had taken box office expectations and blew them away into becoming monster blockbusters. All were reviewed above fair, many dominated come awards season. Best Picture winner The Hurt Locker had just been released. The State of the Box Office was in the best shape ever, and 2009 would go on to gross over $10 billion, a new record.

END_OF_DOCUMENT_TOKEN_TO_BE_REPLACED

Angelina Jolie typically has two types of roles.  The bad-ass action chick, a la Wanted, or the heavy dramatic roles, a la Changeling.  This summer, she will be playing more of the former, with a little of the heavy stuff mixed in.

Salt, from director Phillip Noice, seems from the trailer to be a summer action flick filled with acting talent and perhaps a plot that doesn’t suck.  The thrills in the trailer seem to be grounded in some kind of distorted realism.  Jolie appears to be playing kind of a girl Superman, hiding in broad daylight and not wearing a mask when she becomes the ass-kicker.

Liev Schreiber also stars in the movie, so it’s nice to see that Mr. Noice appears to be favoring talent over names that will just sell, though Jolie will do just that.  The trailer hits all of the normal bells and whistles when it comes to this kind of intrigue-based action/thriller.

It sets up the kidnapped boyfriend premise while interspersing some well choreographed action sequences featuring Angelina tasing some meddling policemen.  In all, it appears to be a typical summer flick, though it may end up being more or less than either of those by its July 23rd release date.

Highs: The casting, especially that of Angelina Jolie.  It’s always nice to see her throttling cronies.

Lows: No real complaints with the trailer other than it’s mundane, over-used structure.  Would it kill people to have a trailer like the one for A Serious Man?