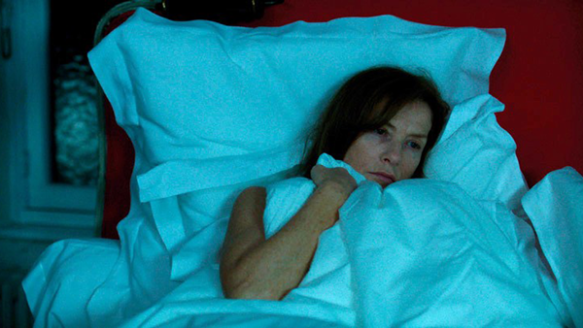 Catherine Breillat’s Abuse of Weakness is the semi-autobiographical story of a struggling director whose latest film is impeded by pseudo-romantic entanglement and a debilitating stroke.  The first 20 or so minutes of this movie are profoundly horrifying, as Breillat hovers over Maud (Isabelle Huppert) being jolted out of sleep by that stroke.  “Half of my body is dead!” she yells to an emergency dispatcher on the phone.

Huppert’s intensely physical performance in this moment and in the rest of the film are crucial to its success, and Breillat films her agony at an often disturbingly close proximity. Abuse of Weakness doesn’t feel intrusive, though, because it is fused with Maud’s subjectivity and not simply a chronicle of her gradually losing her dignity.

END_OF_DOCUMENT_TOKEN_TO_BE_REPLACED 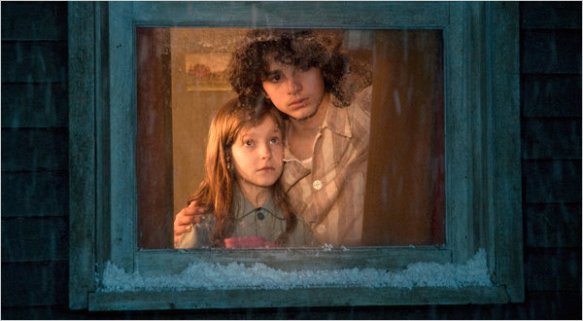 What a weird time it is for the movie fairly tale.  Earlier this year we received Hanna, a violent story of a young female assassin set in a phantasmagoria of Grimm’s Fairy Tales.  Still earlier, Catherine Breillat (who directed this film) gave us Bluebeard, a decidedly more subtle but still violent look at a young girl who is married off to a man who is killing off all his other wives.

In that film, we saw a girl escaping the confines of poverty and repression by running into the arms of a monster.  It was a grimy, extremely low-budget film driven more by its ideals than its aesthetics or its actors.  Breillat is an important filmmaker of exceptional talent, so the film turned out much better than it should’ve.

END_OF_DOCUMENT_TOKEN_TO_BE_REPLACED 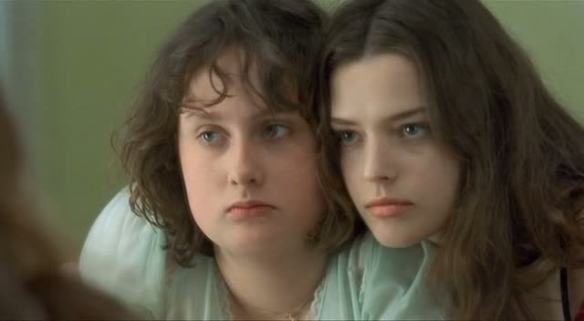 Catherine Breillat is one of the most provocative filmmakers currently working today.  Unlike Michael Bay, though, her cinema is provocative because it is endlessly interesting instead of tedious.  She creates a beautiful world in Fat Girl, though it is by no means an easy film to watch.  On the surface it is an exploration of adolescent female sexuality, but once you peel back the layers it becomes much more than that.

In interviews Breillat talks of her fascination with sisters, and how she likes to explore the idea of two bodies sharing a soul.  If that is the case than the soul in Fat Girl is very much fractured.  Anaïs (Anaïs Reboux) is the title character, a mildly but not extraordinarily obese 12-year-old.  We watch her as she watches her beautiful 15-year-old sister Elena (Roxane Mesquida) lose her innocence on a seemingly innocent vacation fling with Fernando (Libero De Rienzo).