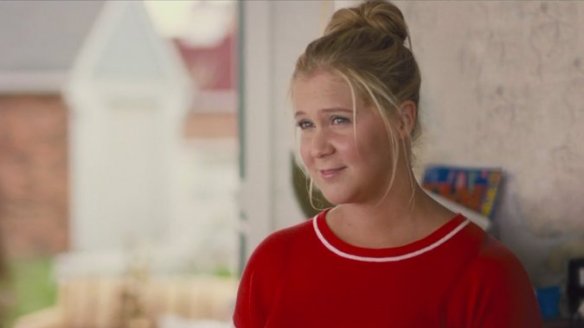 When Amy Schumer wants you to laugh, she widens her eyes, puts her hand on her chest and looks around the room, her expression saying “What?  Was it something I said?”  Her punchlines are moments of intentional ignorance, her self-proclaimed “dumb white girl” persona. She is a ruthless interrogator of body image and her own sex life, finding humor in the ways they both clash with the relentless standards of Vogue and Cosmopolitan.  Her material on race, on the other hand, can come off as unintentionally ignorant and cruel.  That’s why I was grateful for her Comedy Central show Inside Amy Schumer, because while she is often a very funny teller, her comedic persona lends itself much better to showing.

With Trainwreck, which Schumer wrote and stars in, that persona is evolved into something fully, often uncomfortably human.  Her character, Amy Townsend, is a writer for a straight dude lifestyle magazine, not unlike Lena Dunham’s short-lived gig at GQ in the third season of her HBO show Girls.  Both the show and the movie have a hilariously warped view of the office culture at these publications, though Girls is decidedly nicer and focuses more on Dunham’s character’s inability to thrive in such an environment.  Amy does thrive in this knowingly stupid world, where articles like “You’re not gay, she’s just boring,” are routine pitches in an afternoon meeting.

END_OF_DOCUMENT_TOKEN_TO_BE_REPLACED 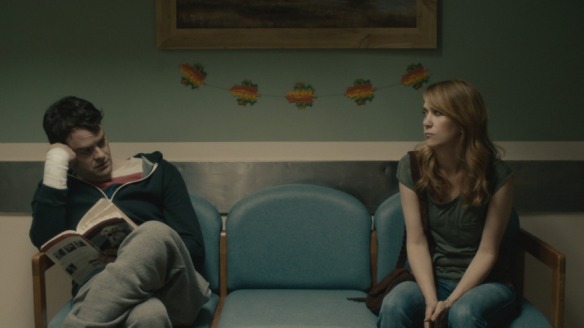 The Skeleton Twins- Any enthusiasm I have for Bill Hader and Kristen Wiig’s dramatic and comedic chemistry in The Skeleton Twins is drowned out by the rest of this unrelentingly sloppy movie.  Hader plays Milo, who returns home to live with his unhappily married sister Maggie (Wiig) after attempting suicide.  There are, of course, dark family secrets, vast pools of resentment, a dead parent, a shitty parent and plenty of other dysfunctional family cliches.  The script, co-written by Mark Heyman and the director Craig Johnson, shifts tone so abruptly that it’s impossible to be invested in the story they’re trying to tell.

Hader and Wiig have undeniable chemistry and cast a wide net of emotions to try and make this script work.  A couple of times they are successful.  There’s an absolutely hysterical scene where Milo goes to the dentist’s office where Maggie works and they get high on laughing gas and ramble.  It’s also one of the few times where the movie’s deep undercurrent of sadness actually contributes something to the story and doesn’t seem overdone. When they talk to each other in this scene, their problems seem unforced because Johnson lets it unfold organically.  The other conflicts largely stem from sex, which Milo has with his old high school English teacher and Maggie has with her scuba instructor.  It’s aggressive, unearned, empty misery.  Grade: C-