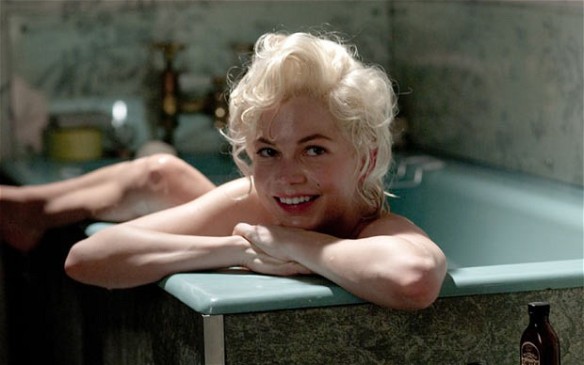 The most poignant moment in My Week With Marilyn comes and goes so quickly that the viewer will soon be sedated back into the confines of its unchallenging, riskless story.  Ms. Monroe (Michelle Williams), gliding down a staircase clutching her flavor of the week (Eddie Redmayne), turns to him as she sees a crowd forming and says, “Shall I be her?”

“Her” of course is the Marilyn Monroe that burned into the screen and the collective imagination of the world in the mid-20th century; the suit of armor that a deeply insecure, troubled woman named Norma Jean donned to deal with that fame.  My Week With Marilyn is sadly less concerned with moments like these than it is in ultimately keeping that shroud of secrecy over Monroe.