What good are our memories to us if one day they can evaporate like river water?  What good is a younger generation that grows increasingly dehumanized?

The initial shots of Poetry set up the movie to answer these questions.  We watch as a couple of young children stand by the river, and then we follow what we eventually pick out as the body of a young girl float up to them.  For the rest of the movie, that murder will reverberate through the life of Mija (Yun Jeong-hie) in a blur.

END_OF_DOCUMENT_TOKEN_TO_BE_REPLACED 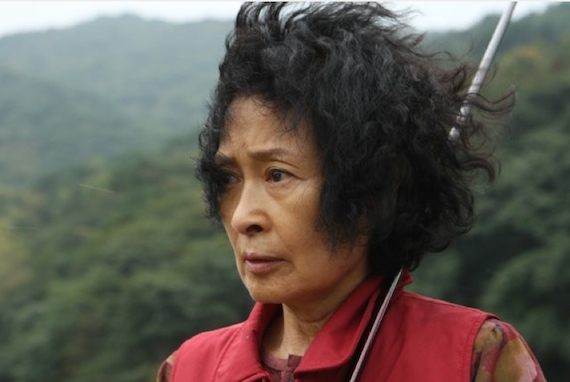 To call Mother, the latest effort from seminal South Korean filmmaker Joon-ho Bong, obscure would be putting it lightly.  Rarely does a movie of such visual beauty have such an odd sense of humor, especially when the subject matter is so dark.  It begins with its small female protagonist dancing alone in the middle of a wheat field. It ends with the same dance, this time in a crowded bus.  It’s hard to describe a reaction to this, and I’m sure it will differ for many viewers.  However, it summarizes the movie quite well.

What begins as an odd tale of a mother/handicapped son relationship quickly saunters into an intriguing murder mystery.  When her son (Bin Won) is accussed of the murder of the local nympho, the unnamed mother (Hye-ja Kim) sets out to prove his innocence.