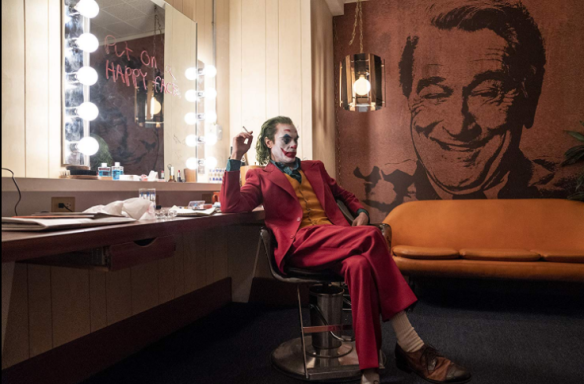 The most interesting thing about Joker is the built-in audience history its main actors, Joaquin Phoenix and Robert De Niro, bring to their respective roles. Director Todd Phillips’ R-rated origin story of the anarchic clown who torments Batman culminates in a late night talk show appearance featuring the two. Arthur Fleck (Phoenix), a party clown turned unstable killer, goes on the show after video of his disastrous stand-up comedy performance was mocked by the host, Murray Franken (De Niro).

During this scene, it was impossible not to think about Phoenix’s notoriously awkward 2009 appearance on the Late Show With David Letterman. I remember this cringe-worthy I’m Still Here-era interview defining my perception of the actor until I saw him a few years later in Paul Thomas Anderson’s The Master, which remains one of the greatest performances of the decade.

END_OF_DOCUMENT_TOKEN_TO_BE_REPLACED 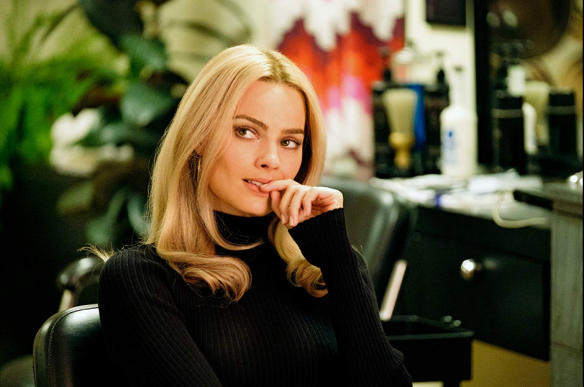 Once Upon a Time… In Hollywood — The clock is ticking for Quentin Tarantino. His latest film, Once Upon a Time… in Hollywood, is expressly billed as his ninth. For years, he has insisted that he will quit filmmaking after 10. ” I just think I’ve given all I have to give to movies,” he told GQ Australia.

If that’s true, and this latest outing really is his penultimate effort, that’s too bad. Once Upon a Time… in Hollywood may be his most relaxed and confident movie, luxuriating in its immaculate recreation of L.A. circa 1969 as seen from the vantage point of various people inside, outside and somewhere on the periphery of show business. Focusing primarily on the friendship between the borderline-washed-up actor Rick Dalton (Leonardo DiCaprio) and his stuntman Cliff (Brad Pitt), the movie follows them through awkward dinner meetings, bungled set visits and drunken nights out (and in).

END_OF_DOCUMENT_TOKEN_TO_BE_REPLACED 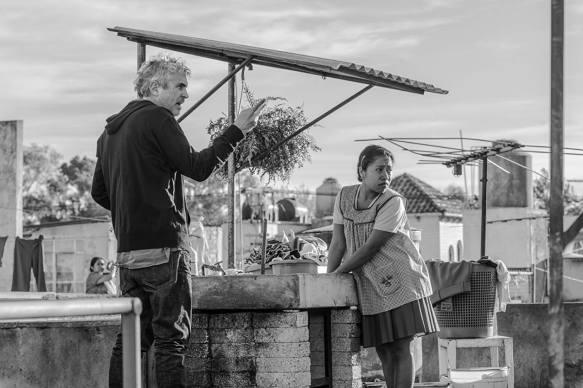 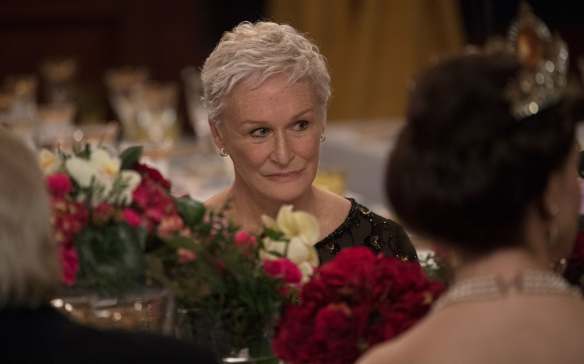 Best Actress: Yalitza Aparicio (Roma), Glenn Close (The Wife), Olivia Colman (The Favourite), Lady Gaga (A Star is Born), Melissa McCarthy (Can You Ever Forgive Me?) 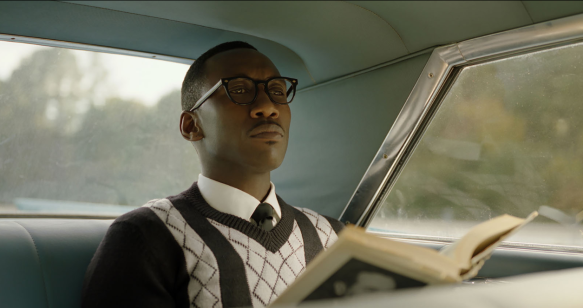 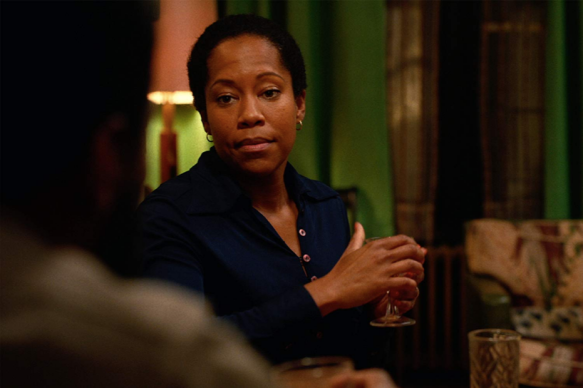 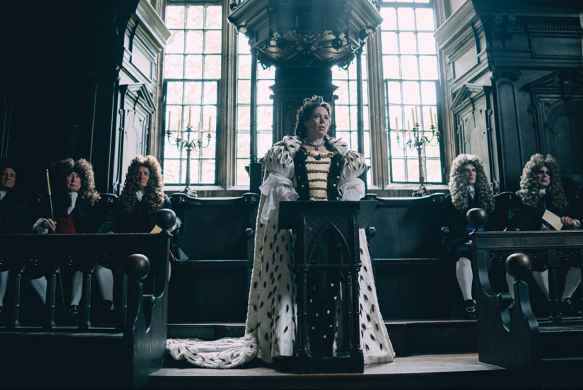 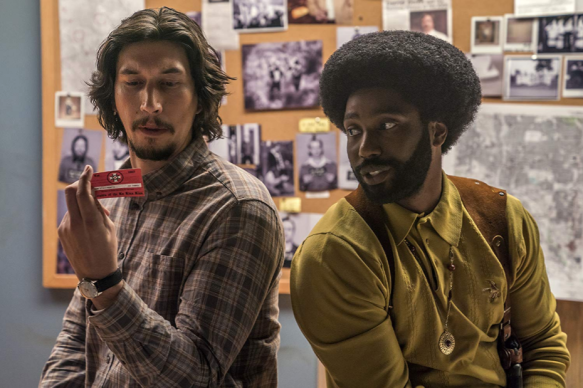 Predictions in the remaining categories (Will win/Should win)

Documentary: I haven’t seen any of these, but will guess that Free Solo will win.

Original Song: “Shallow” from A Star is Born/I still listen to it almost every day so yes I think it should win 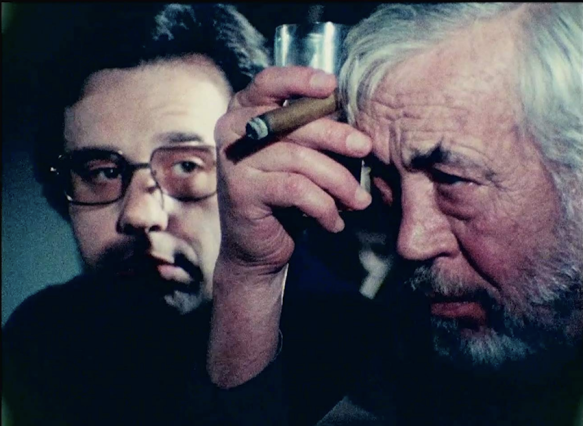 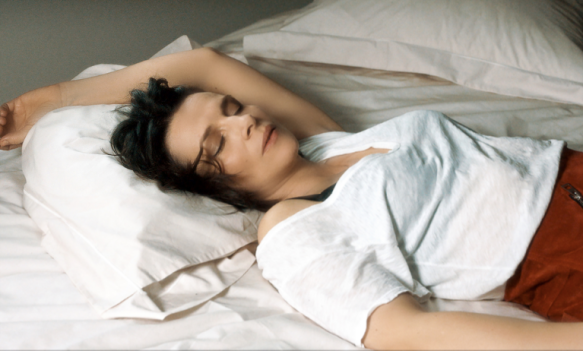 2. Let the Sunshine In— Claire Denis’ Let the Sunshine In moves to the beat of Juliette Binoche. The two French titans prove a revelatory pairing, matching Denis’ inimitable rendering of bodies searching for connection with Binoche’s conjuring of simultaneous conflicting feelings. In telling the story of Isabelle, a painter stuck dancing between romance and disappointment, Denis structures the movie more around the character’s emotional whims than along a traditional narrative. Though her encounters with men end mostly with disappointment, Isabelle’s sudden eruptions of passion, including during a show-stopping, Etta James-backed dance sequence, suggest that her endless cycle of pursuits is not in vain.

END_OF_DOCUMENT_TOKEN_TO_BE_REPLACED 1. Juliette Binoche- Let the Sunshine In- The key to Juliette Binoche’s performance as Isabelle in Let the Sunshine In is in the way she and director Claire Denis show us the character searching; searching for love among a group of less than stellar contenders, searching for meaning in the space between those affairs, searching for the right emotion in any given moment. Several sometimes wash over Binoche’s face within the span of just seconds. That her performance seems so natural amid such a rapidly shifting emotional landscape is a testament to her brilliance. 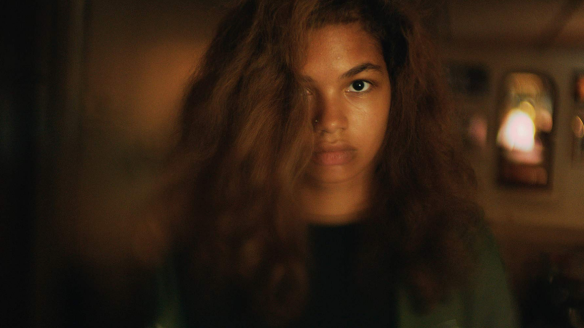 2. Helena Howard- Madeline’s Madeline- Easily the year’s great breakout performance, Helena Howard is front and center in Josephine Decker’s swirling fever dream of a movie. Howard and Decker thrust viewers into the head of Madeline, a teenager battling mental illness who is also part of an experimental theater troupe. Howard’s rapid shifts in mood within scenes is astonishing, and much of the movie’s energy is built around the risk of her throwing any given moment into chaos.

END_OF_DOCUMENT_TOKEN_TO_BE_REPLACED 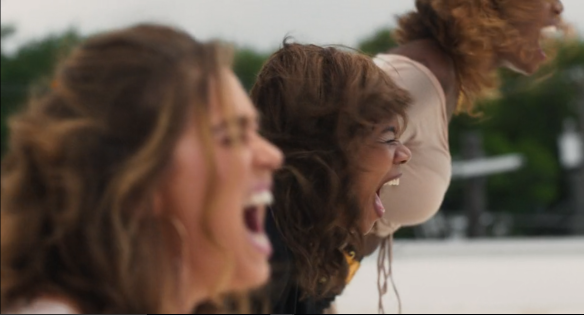 Support the Girls — Director Andrew Bujalski finds the perfect encapsulation of his vision of modern American capitalism in Double Whammies, the Hooters knockoff sports bar where much of his latest film, Support the Girls, takes place. The restaurant operates on bizarrely specific codes built on the unspoken transaction between its jean shorts and tight t-shirt wearing female wait staff and its horny (mostly) male clientele. Bujalski and his ensemble are astute observers of workplace behavior, notably the glimpses of personality that bleed through the faces the characters try to wear at work. Professionalism at Double Whammies means a constant smile, and a tiptoe up to a sexual boundary with customers that becomes awkward and uncomfortable very quickly.

That’s where Lisa (Regina Hall) comes in. Lisa is a compassionate, intuitive general manager, tasked with passing down the vision of the restaurant owner to the staff while also mediating conflicts between them and the sometimes insulting, sometimes worse customers. One of the many pleasures of Support the Girls is in how Bujalski and Hall show the toll patrolling that managerial tightrope takes on Lisa. Much of the movie is focused on a single day, following her on a series of menial tasks that she nevertheless executes with great purpose. Her job is a lonely one; she has to be friendly but not too friendly, stern but not too stern with her staff and customers. The exhaustion seems to be catching up to her, as evidenced by the way it washes over Hall’s face before she snaps out of it and onto the next task. Double Whammies doesn’t deserve someone like Lisa; in fact Bujalski suggests the restaurant and its customers don’t deserve many of its employees, either. Support the Girls finds its humor and quite a bit of emotional resonance in the matter-of-fact exploration of the everyday disconnect between how the employees interact with each other, and how they are trained to interact with customers. Grade: B+

END_OF_DOCUMENT_TOKEN_TO_BE_REPLACED 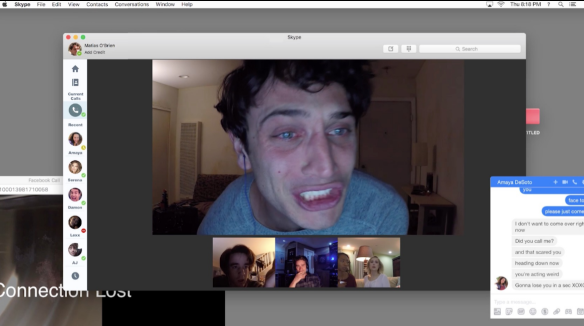 Note: Unfriended: Dark Web has two possible endings. This is a review of ‘Ending B,’ with limited spoilers.

I consider Leo Gabriadze’s Unfriended one of the defining horror films of this decade, a ruthless slasher that unfolds entirely on the laptop screen of its protagonist, a high school-aged woman named Blair. What could so easily have been a gimmick opens up an expansive realm of digital storytelling tools, focusing on character development and psychology through what Blair types, deletes and rewrites, watches on YouTube and searches for on the internet. This is further deepened by what she reveals in real time in a video chat with five other friends (one of whom is her boyfriend) and what she says in one-on-one typed conversations with others.

While all of this is going on, a mysterious newcomer pops into their chat with just a default blue Skype silhouette instead of a video stream. The group’s attempts to kick this person out and figure out what they want yields to a series of sinister and even deadly games that weaponizes each teen’s most guarded secrets against them and lays bare their most embarrassing mistakes in an effort to make them turn on each other. The movie taps into a true horror of the digital age: the endless documentation and permanence of nearly every facet of a person’s life.

END_OF_DOCUMENT_TOKEN_TO_BE_REPLACED 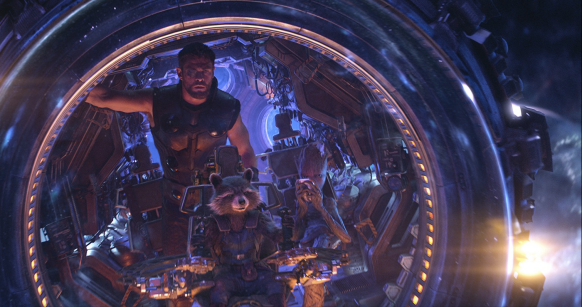 Avengers: Infinity War — My distaste for the third Avengers film is due in part to my overall fatigue with the Marvel Cinematic Universe. Since 2008’s Iron Man, the MCU has become an ubiquitous presence at the movies. Over the last decade, we’ve seen at least one, and often more, of these movies almost every year. They built toward 2012’s The Avengers, uniting the core characters of the previous movies (if you’re not familiar with them at this point, congratulations) for a city-destroying epic. Then they continued building (and destroying), with individual installments culminating in another Avengers film in 2015.

These movies are often exhausting in their mediocrity; generically constructed, often interchangeable battle sequences are peppered throughout blandly sinister attempts to destroy the world. The best movies in the MCU (Ant-Man, Black Panther, the second installments of Captain America and Guardians of the Galaxy) are often the ones that have narratives that hone in on building a specific cinematic world rather than a universe. Directorial personality doesn’t hurt, either.

END_OF_DOCUMENT_TOKEN_TO_BE_REPLACED 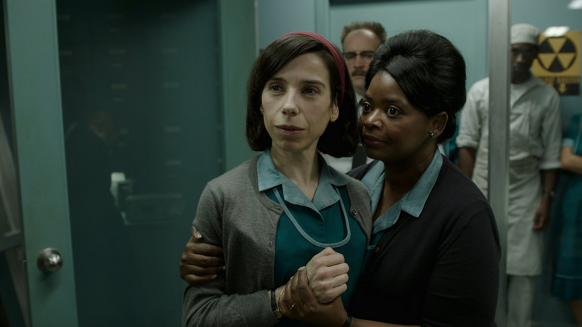 Best Picture: Call Me by Your Name, Darkest Hour, Dunkirk, Get Out, Lady Bird, Phantom Thread, The Post, The Shape of Water and Three Billboards Outside Ebbing, Missouri

END_OF_DOCUMENT_TOKEN_TO_BE_REPLACED 1. A Quiet Passion- In A Quiet Passion, writer/director Terence Davies and actress Cynthia Nixon see their subject, the American poet Emily Dickinson, with disarming clarity. Fragmentally structured through her life in 19th century Massachusetts, Davies and Nixon create an expansive emotional landscape within Dickinson’s increasingly shrinking, reclusive world. Happiness is nearly always out of her reach, conveyed by Nixon’s endlessly crumpling face. Still, A Quiet Passion does not wallow in Dickinson’s despair, Davies grapples with her thoughts and feelings that build and bleed into each other moment to moment. The first half of A Quiet Passion is often blisteringly funny, and Dickinson’s quick wit becomes a through line that Davies uses to trace her withdrawal from the world. The second half of the film portrays Dickinson reaching a point where she refuses to meet face to face with anyone other than family members, standing from a doorway atop the stairs, shouting down witticisms and rebuttals from a sad distance. A Quiet Passion may at times be unrelentingly bleak, but it is also deeply empathetic and moving. Davies shows that remarkable artistry can bloom from such dark, oppressive conditions, even if it wasn’t rightly admired during its creator’s life.-Matt 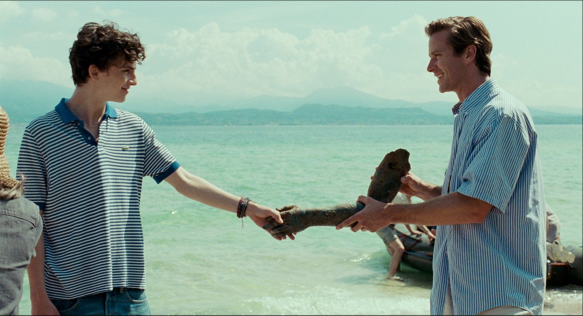 2. Call Me by Your Name– Call Me by Your Name is a film about young love made from a mature distance. Luca Guadagnino’s intoxicating drama, set at a villa in 1980s Italy, chronicles a summer affair between 17-year-old Elio and Oliver, a chiseled, imposingly tall American in his 20s who is working as a summer graduate assistant of for Elio’s academic father. The director and his invaluable lead actors (Timothée Chalamet as Elio and Armie Hammer as Oliver), portray the uncertainty the two young men feel both physically and verbally. Guadagnino aims his camera at them head-on, often foregrounding one as he talks, reads research or plays the piano while the other watches in the distance. There are also key point-of-view shots, watching one of them from a distance before cutting to the other person watching, transfixed but uncertain why. Their eventual affair is the result of an evolving, undefined intimacy. Call Me by Your Name gets so much right about attraction, about a short-term affair that will be frozen in time and replayed for the rest of its characters’ lives.-M