From a modern perspective, this monologue by Albert Brooks in the last third of James L. Brooks’ Broadcast News is cringe-inducing, because it became true:

“What do you think the Devil is going to look like if he’s around? Nobody is going to be taken in if he has a long, red, pointy tail. No. I’m semi-serious here. He will look attractive and he will be nice and helpful and he will get a job where he influences a great God-fearing nation and he will never do an evil thing… he will just bit by little bit lower standards where they are important. Just coax along flash over substance… Just a tiny bit. And he will talk about all of us really being salesmen. And he’ll get all the great women. ”

END_OF_DOCUMENT_TOKEN_TO_BE_REPLACED 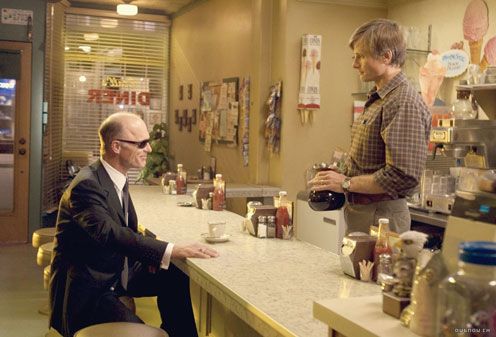 When David Cronenberg decided to direct this brutal, idealistic masterpiece in 2005, it was snubbed royally by both the Academy Awards and general public.  As time wore on, though, and the end of the decade lists needed to be made, A History of Violence rightfully appeared on them.

Once you see the movie, the title will evoke Howard Zinn’s People’s History of the United States.  That’s how definitive it is on the subject.  Cronenberg knows that violence is a part of human DNA, whether we want to acknowledge it or not.  He uses this to create a visually stunning, relentlessly violent assault on the typical American family.