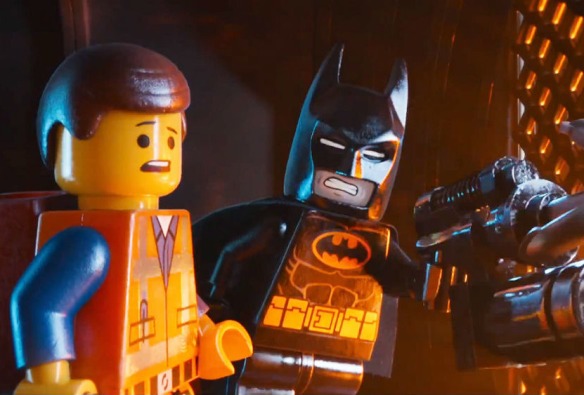 The two things that The Lego Movie most immediately recalls are the South Park “Imaginationland” episodes and Team America: World Police, biting pop cultural critiques from Trey Parker and Matt Stone. The Lego Movie is, obviously, much more toned down and targeted at children (there is no MPAA trolling “sex” scene like the marionette one in Team America).  What exactly the movie seems to be satirizing becomes a bit watered down by the hypocrisy of its own design.

It starts off in a Lego world that George Orwell or Ray Bradbury may have built, where the inhabitants all follow the instruction manuals or risk being melted by President Business (Will Ferrell).  The Lego Movie is not (and cannot) be totally anti-business, though.  President Business eventually becomes Lord Business who eventually becomes (spoiler) a micromanaging dad in the human world telling his kid not to mess with immaculately constructed (and unimaginative) Lego buildings.  The movie is designed to show how much fun a dad and son can have with (spoiler) Legos!  The movie is more pro-child imagination, though I’m sure all Legos made after this movie will still come with instructions.