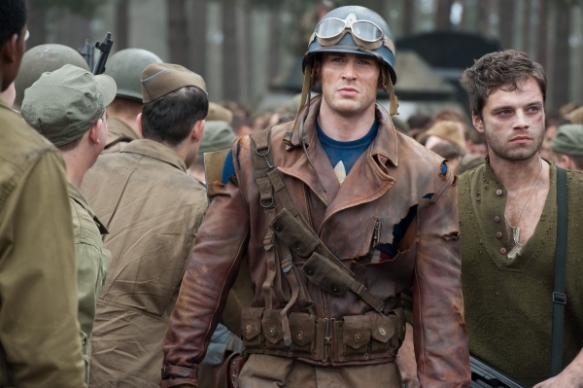 If you’re sick of super hero or war movies, it might be wise to avoid the inevitable screen adaptation of Captain America.  Slated as the last prequel before next year’s The Avengers, Captain America: The First Avenger takes place the furthest back in time: during World War II.

What’s most curious about The Avenger prequels- Iron Man & Iron Man II, Thor, The Incredible Hulk, this movie-  is how different they are stylistically.  That’s because they were all headed by different directors with different talents.  Thor was at its best when it showed the “fish out of water” aspect of its viking, while the Iron Man movies worked best as vehicles for Robert Downey Jr.’s motormouth delivery.