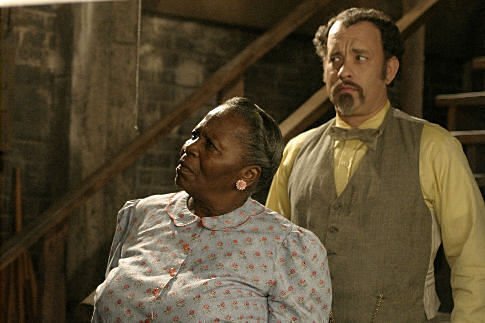 Adapting one of the most British films of all time for an American audience is no easy task.  Film makers Joel and Ethan Coen attempt the feat here, succeeding sometimes and falling short the rest of it.

The original film was based in post WW II Britain and centered on a group of criminals from different walks of life robbing a bank and hiding out in the home of a suspicious and nosy old woman.  The caper ultimately fails, ending with the fatalistic death of all of the criminals.

In this new 21st century version, there are still a group of different criminals planning a heist, but it’s now in hurricane-devastated Mississippi.  The American melting pot also applies to the criminals, as they all are extremely different.