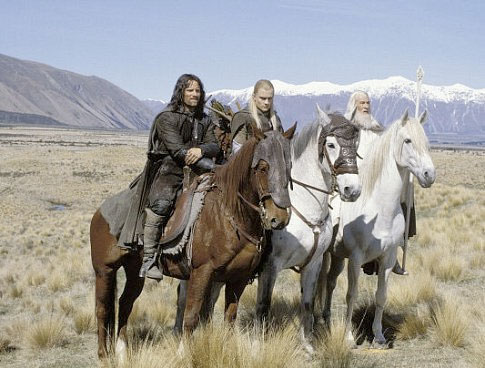 Empire Strikes Back.  The Godfather Part II.  Terminator II.  These are all great middle entries in a trilogy, either on par or better than the first entry.  Add to that list The Two Towers.  With the quest(s) set up and the characters introduced, it’s time to have some fun.

Though this trilogy is one of the greatest literary adaptations, what really makes Lord of the Rings immortal is how it redefined special effects in movies.  While you may be taken on a largely character driven adventure across beautiful scenery in the first one, in this entry Jackson gets to show us even more of his new toys.  The Battle at Helm’s Deep, the giant Ents of the forest, and, of course, Gollum.