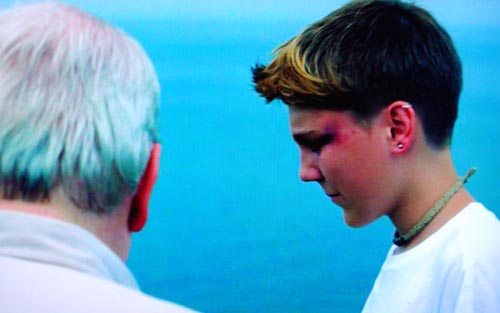 Watching L.I.E. reminds you of what the American Independent Cinema first set out to do; it’s of full moral ambiguity within a premise that would never in a million years be green-lit by a Hollywood studio.  Looking at recent indie fluff like Juno or any of its brightly colored siblings makes the often edgy facade of independent movies seem like they’re losing touch, never mind the quality.

L.I.E. stars Paul Dano in what is still his most daring role.  His excellent performances in Little Miss Sunshine and There Will Be Blood almost seem safe next to his role as Howie, a gay, misguided 15-year-old who becomes romantically entangled with a much, much older man.  If Dano is daring, than Brian Cox is fearless on an almost unparalleled level as that older man.

END_OF_DOCUMENT_TOKEN_TO_BE_REPLACED 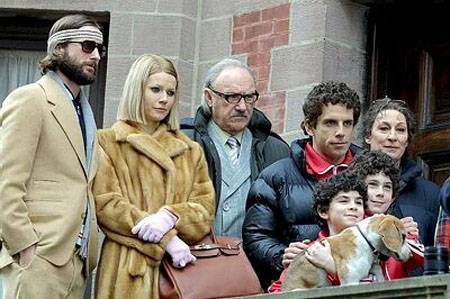 The idea that movies can have a literary quality to them is something that a director like Wes Anderson often takes to heart.  His movies operate on many basic storytelling conventions- the dysfunctional family, the adolescent emerging the cocoon- but within them is an entire world of his own creation.

The Anderson Aesthetic is one where his art and his life-view merge; where the clothes of the characters often meticulously match their surroundings.  It’s a style of filmmaking that can be divisive, which also means that it’s a style that is always interesting.

END_OF_DOCUMENT_TOKEN_TO_BE_REPLACED 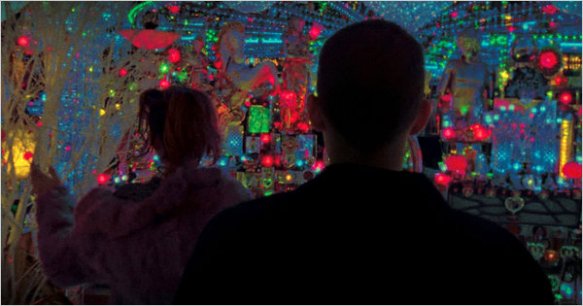 Until Kanye West “borrowed” Enter the Void’s opening credit sequence for his music video for “All of the Lights,” director Gasper Noé was most famous for a nine minute rape scene in his film Irreversible.  This makes his work hard to approach, but Enter the Void is a rewarding hallucinatory venture and engaging exercise in experimental filmmaking.  Told entirely from a first-person/first-spirit perspective, the film follows Oscar (Nathanial Brown) as he gets high, gets killed, and gets reborn.

Watching Oscar get shot in the bathroom as he tries to dump out his drugs during a police raid and then rise up and watch his body from the afterlife is haunting because of its simplicity.  Images like these are the biggest strength of Noé’s film.  You might think that the first-person setup would be a limitation, but he subverts the gimmick and creates an experience that is truly one-of-a-kind.  The goal of his film is not to get you on Oscar’s side, but rather to watch him see the imprint he left on the world.   Noé seems to be showing us that even the people with the smallest or grimiest of contributions leave their mark.

END_OF_DOCUMENT_TOKEN_TO_BE_REPLACED 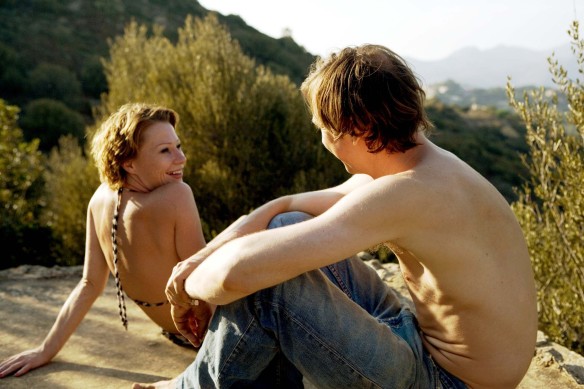 A fear of the bourgeoisie lifestyle has infiltrated European cinema for decades.  It surfaced most prominently in the American mainstream with The Graduate, but it’s still a very European ideal, and one that the deliberately paced, intensely independent film Everyone Else focuses on with a new twist.

The film was written and directed by the little known Maren Ade and also stars a cast of complete unknowns; a testament to their talent when you see how good this movie actually is.  It’s handling of the complex, almost undefinable emotional feelings of its characters is something most American films cannot hope to touch on.

END_OF_DOCUMENT_TOKEN_TO_BE_REPLACED 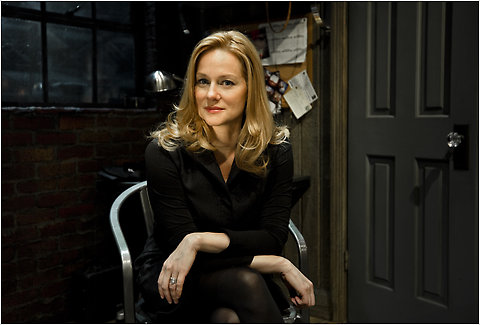 Few actresses stay under the radar and still garner as much acclaim as Laura Linney.  She hit her hot streak in the 2000’s with rich, respectable roles in small movies.  However, she has transcended the “indie darling,” label with struts onto the small screen in John Adams and her new headlining act on Showtime on The Big C.  Linney doesn’t just pick movies to make bank.  She does projects where the female characters she plays aren’t jokes, even if they tell them.  She has a knack for both comedy and drama, but her real gift lies in the middle ground (The Squid and the Whale, The Savages).  Few actresses can garner a chuckle and gasp in the same scene, but she does it expertly.  Though she often shares the spotlight with gifted male counterparts like Liam Neeson or Phillip Seymour Hoffman, she never lets them steal it.  She’s that rare actress that doesn’t try to steal scenes but still ends up doing it quite often.

END_OF_DOCUMENT_TOKEN_TO_BE_REPLACED

Thanks to the digitalization of the film industry, one no longer has to live in Los Angeles or New York to become a filmmaker. Now the auteurs are able to plan, produce and cut their films in just about any city in the world without needing the Hollywood studio lots and financing to back up. With many cities and states seeking to cut away from LA’s business, they’ve been implementing tax breaks and resources which make things a little easier for the independent filmmaker.

For the past ten years Movie Maker magazine has been posting a list of the ten best cities to live, work and make movies for independent filmmakers. Recently, they have published their list of cities for 2010, which can be seen in their latest article here. CyniCritics looks at what these cities have put out recently and what their locations can be ideal for. 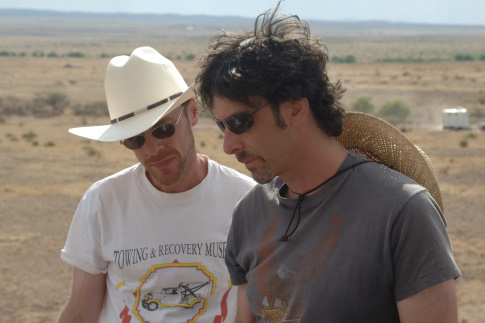 What’s been filmed there: The Book of Eli, Terminator Salvation, Crazy Heart, The Men Who Stare at Goats, Transformers 2, Sunshine Cleaning, No Country for Old Men, Little Miss Sunshine and 21 Grams

Who used it best: The Cohen Brothers in No Country for Old Men