1.  Beasts of the Southern Wild– No matter how skilled a filmmaker is, rarely does a movie come along that creates a cinematic world that is seething with a new kind of life, a world or vision that movies haven’t seen before.  Director Benh Zeitlin, working with a do-it-yourself low budget commune of filmmaking talent and some extraordinary “non-professional” performers, does that with Beasts of the Southern Wild.  The ferocious story of Hushpuppy (the amazingly talented child actress Quvenzhané Wallis) and her small, increasingly hopeless village on the other side of a Louisiana levee is filled with fantastical, visually stunning sequences as well as low budget narrative economy.  It is this year’s biggest contradiction, and its biggest success.

2. Amour– Michael Haneke’s second movie in a row to win the Cannes Film Festival’s highest honor (the Palme D’or) is the director’s most empathetic and devastating work to date.  As the camera lingers in the apartment of Georges and Anne (legendary French performers Jean-Louis Trintignant and Emanuelle Riva in devastatingly good form), we become privy to the elderly Parisian couple’s tender, haunting final moments together.  It is a slow crawl toward death, absent plot twists or Haneke’s sadism.  Watching it yields no pleasure, but everything from the incredible performances to the wonderfully precise camera movement lingers long after the movie ends.

END_OF_DOCUMENT_TOKEN_TO_BE_REPLACED 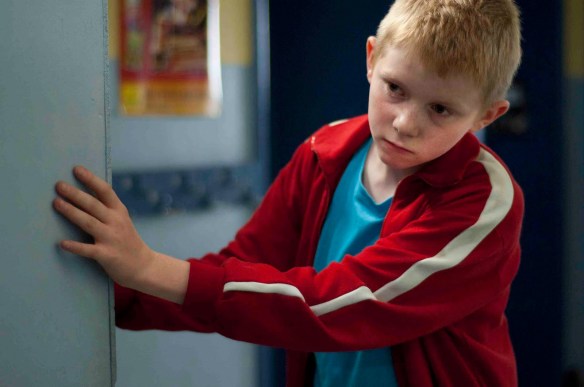 The Kid With a Bike is the first encounter I’ve had with Jean-Pierre and Luc Dardenne, the Belgian auteurs who seem to take the art house world by storm with each new movie.  This film, their latest, is an emotionally rich story of Cyril (Thomas Doret), a young foster child trying to find his way in a world with increasingly closed doors.

As there often is in movies like this, one person is shamelessly on Cyril’s side even though he is stubborn and rage-filled.  Samantha (the fantastic Cécile de France) is at the same medical clinic that Cyril storms through in an attempt to evade officials from the foster home he has escaped from.  He clings to her with such force that it takes two men to pry him off of her, though she makes no concerted effort to help them.  “You can hold me, but not that tight,” she says to him.