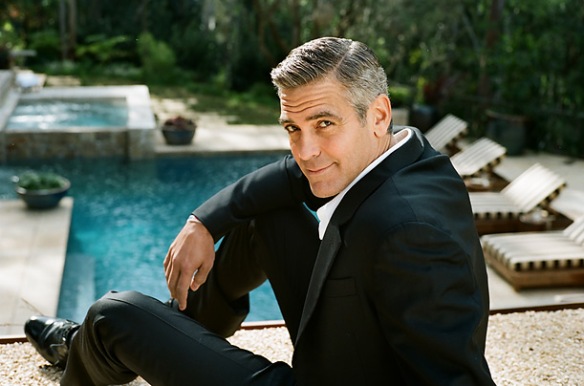 George Clooney is the essential American. The essential white American upper class male to be politically correct, because being politically correct is something Clooney takes quite seriously. His nature is calm, collected and suave, being as cool and crisp as a Labor Day afternoon. He delivers his lines with poetic insistence and looks at the other actors with sharpening charm. His onscreen talents are limited to a character that can match up with his own personality, but he plays them so damn well it doesn’t matter. Though his range is limited, he smartly remains diverse in his characters, avoiding becoming a one note pretty face actor like a similar storied Jenifer Aniston. After making his break for being a hunk on the hit show ER in the late 90’s, Clooney slowly evolved his career by working with Steven Soderbergh in the Ocean’s series and the Coen brothers along with other notable directors, turning his off-screen GQ cover aura into living characters with the same wowing affect. A handful of philanthropy efforts and notable directing, writing and producing jobs which won him awards.  But lately, Clooney has brought back the kind of class movie stars used to carry and embody in the 40’s and 50’s. Though it may not appear so, Clooney’s talent is making it look so easy with the utmost esteem and adoration, making him the original class act of the new Hollywood. END_OF_DOCUMENT_TOKEN_TO_BE_REPLACED