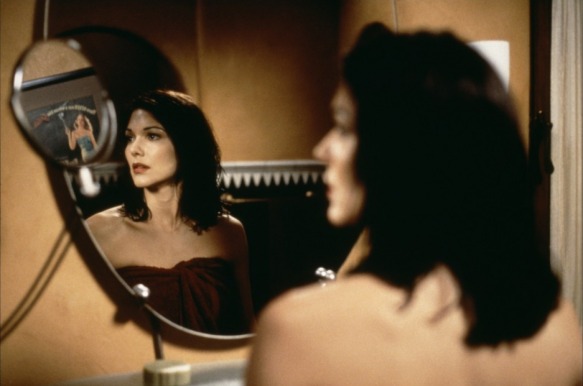 David Lynch’s Mulholland Dr. seeks to do nothing less than redefine cinematic narrative.  By playing off expectations- those that precede dread and anticipate desire- he creates a hallucinatory dreamscape that, like many dreams, is populated with familiar people, repeated locations and maddening symbolism.

Figuring out what a dream means is a common point of relation among people, though producing that experience on a film and draining it of the personal angle of a friend or family member makes Mulholland Dr. quite a challenging experience to interpret, especially on only one viewing.  We’re being tasked with interpreting the dream of someone we do not know.

That person is Diane Selwyn, whose true form emerges about two thirds of the way through the movie.  Diane is a jealous, spiteful, struggling actress, the kind Hollywood tries to hide beneath its few success stories.  For most of the movie, we’re following two other women, Betty and Rita.  Betty is an aspiring actress living at her aunt’s house in L.A.  She finds Rita naked in the shower, unaware of her identity or why she is carrying around a lot of money and a strange blue box.  For the most part, this story is about Betty trying to help Rita find her identity and falling in love with her while also nailing an important audition.

Betty and Diane are both played by Naomi Watts, who at the time Mulholland Dr. was filmed was also an up-and-coming actress.  Because of her extraordinary work in this film, she did not succumb to the same fate as her character, though.  As indicated by the movie’s perplexing opening, a montage of a jitterbug contest with a highly brightened image of Betty and two elderly people, Diane was supposed to have a “big break.”  That break never comes for her, though, at least not in that sense.

What happens instead of fame is madness, which Lynch showcases with his filmmaking technique rather than simply showing us a crazy person sitting in a normal world.  That snap is brought about by Camilla, who commits the ultimate double sin of both not loving Diane back and being more successful than her by sleeping with other people.  After having Camilla killed, Diane commits suicide amid images of that earlier elderly couple (their relation is never revealed) chasing her while she is swallowed by an enveloping fog.

The easiest way into Mulholland Dr., if you even want to try and completely understand it, is through the repeated symbolism and visual motifs (the elderly couple and  the fog, respectively).  Though the first two-thirds, following the slow descent into a pillow, are almost completely a dream, we’re given the tools to understand the situation once Diane wakes up. 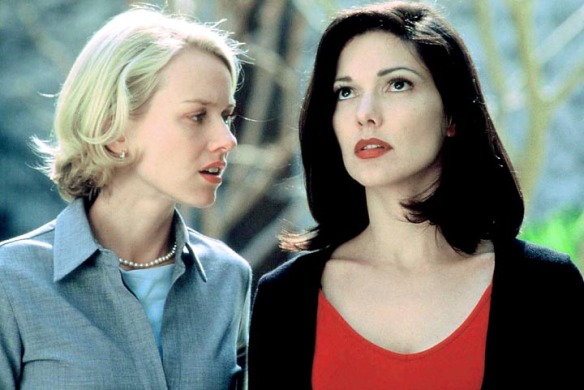 When we’re in that heightened, jumbled reality, we know about Camilla/Rita (both played by Laura Harring), the director Adam (Justin Theroux), the hitman and the movie executives.  What becomes apparent after multiple viewings, though, is that those characters have been redrawn by Betty as fantasy versions that she wishes existed.  In the dream, Rita is completely dependent on Betty to find out her identity after a car crash and Adam is a coward who loses both his wife and control over his movie.

On first viewing, people usually expect the movie to be about the intersection of Betty, Rita and Adam, and Mulholland Dr. would’ve been perfectly competent had it just told that story.  What makes it a masterwork, though, is in the details and the debate surrounding all of the identity shifting.  Seeing things pop up in Diane’s reality that were also in her dream provides just as much amusement as it does bewilderment.  It is in the climatic scene at Club Silencio, the transition between dream and the real world, that Lynch reveals a larger purpose hidden beneath the endless riddles.

At Club Silencio we are told by an Orson Welles-esque MC on stage that everything about the following musical performance is an illusion, that there is no band.  We can also apply this knowledge to the movie (and all movies), which are built from the ground up on some sort of artifice. Yet as Rebekah Del Rio performs an emotional Spanish cover of Roy Orbison’s “Crying,” Betty and Rita are both drawn in, as are we.  When the singer collapses on stage as the recording goes on, though, we are again reminded that it is an illusion, that there is indeed no band.

This scene is extremely helpful when revisiting the movie on repeat viewings.  It reveals that  Lynch sees this movie and all movies much like Welles did in F is for Fake: a kaleidoscope of parlor tricks that use deception as a way of provoking thought.  The various readings of Mulholland Dr. usually end up revealing more about the interpreter than they do about the movie, which is part of Lynch’s genius. 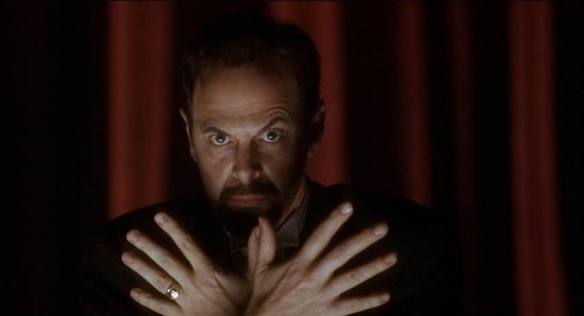 Seeing the various ways the movie lets on to its own illusion becomes clearer after having seen the scene at Club Silencio.  Two scenes from Betty’s portion of the film stick out in this way.  The first one is her big audition for a movie part.  She enters into a room full of strangers, but Lynch films the actual audition as if it were a movie scene, cutting out the people who are not playing characters.
It is also here that the sweet, innocent Betty reveals the darker, more seductive side present in Diane.  Combining the technique and Watt’s amazing performance together reveals this portion of the movie as a dream.  In the scene that follows, Betty is taken to another audition, where Adam is watching various singing acts perform.
These auditions are also filmed as if they were actually being shown as a movie, except it cuts to various people watching them as well.  Adam was told which girl to select, so when she comes on and performs we’re led to think that Betty may edge her out when she auditions.  However, on a second viewing it becomes clear that Betty flees the audition because in reality Diane doesn’t want to be anywhere near Adam.

Viewing Mulholland Dr. through Diane’s lens allows all of the appropriate symbols and visual cues to fall into place, but it is by no means the definitive interpretation.  It would be appropriate to see the first two thirds as some heightened sense of reality and the last part as a fear-induced nightmare, though the expansiveness with which Betty’s story is laid out and structured suggests the long, seemingly timeless expanse of a dream. 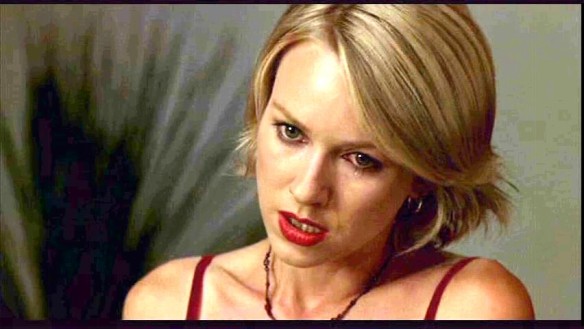 The interruptions peppered throughout that sequence also indicate Lynch’s willingness to expand and introduce things in a dreamlike way.  Take Winkie’s diner, for example.  It is introduced to us as a dream within a dream with a man talking about a dream (take that Christopher Nolan).  That man is describing a horrific incident where he ventures behind the restaurant and encounters a mysterious, frightening creature.  The scene he is describing ends up being the one that is unfolding, but of course dream logic doesn’t allow those characters to realize it.

We in the audience do realize it because of the way Lynch uses the camera to mimic the dream the man is describing to his friend.  This creates a sense of dread as the two men draw nearer to the location of the frightening thing from the story.  That creature, like the ominous Cowboy that Adam is told to meet up with later in the movie, ends up having mysterious ties to Diane’s story.  It has no dialogue, but is seen later in the movie holding the mysterious box (perhaps belonging to Pandora) that transitions between Betty’s dream and Diane’s reality following the scene at Club Silencio.

Once Diane wakes up, things become jumbled structurally, and the symbolism of her dream becomes the only way to somewhat understand what is happening.  What we saw in the dream was Diane imprinting various symbols onto her ideal life, which in return is passed on to the viewer so that they can place those symbols back onto her actual life.  This is where the varied interpretations come from.  It is not our dream, so we cannot say for sure what it means or doesn’t mean.  The final say lies with Lynch, who of course refuses to have one.

Check out the other films in our Classics series!