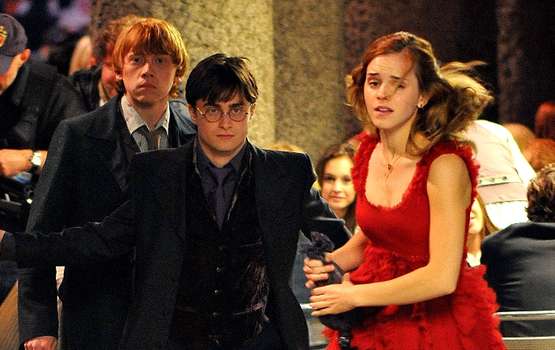 And so it begins to end.  Almost ten years after Harry Potter, his friends, his enemies, and his journey began lighting up the silver screen with J.K. Rowling’s magical prose, billions have been made, and countless fans have been enraptured.  The Potter franchise will always be known first as a literary milestone, as it well should be.  To their credit though, these movies aren’t half-bloody bad.

Guiding this now well-known journey to the finish line is the steady artistic hand of director David Yates, who has been with the series since the fifth film.  Giving Hogwarts the dark tonal shift necessary to keep up with the ever-darkening plot was a task he more than lived up to.  In the fifth and sixth films, the setting is another character in the movie.

Here, with adulthood thrust upon them, Harry (Daniel Radcliffe), Ron (Rupert Grint), and Hermione (Emma Watson) are no longer within the safe confines of their near-gothic paradise.  They’re in the real world now, and it’s still full of shadow and increasing danger.

Following Dumbledore’s death in the last film, Hogwarts and the Ministry of Magic are being overrun with Death Eaters, led by the infamous Lord Voldemort (Ralph Fiennes).  As it is in the books, the movie shows it as Nazi Germany run amok in the wizarding world. 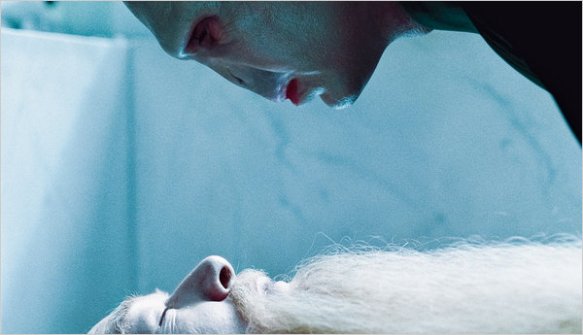 Fiennes, noticeably absent from the last movie, returns here with a vengeance as the sinister antagonist.   He is one of the few highly notable actors in the cast given enough screen time to make a lasting impact.  Yates admirably restrains the story, not letting the incomparable Alan Rickman and the venomous Helena Bonham Carter run rampant with villainy.  We’re stuck with our three main characters, and it’s not such a bad place to be.

Radcliffe, Watson, and Grint have grown into these roles, and the continued success of this franchise relies on our ability to watch them grow as both actors and people.  Watson in particular makes a grasp at audience heartstrings in a terrifying torture scene with Bonham Carter’s Bellatrix Lestrange.  This scene, shot at the Malfoy mansion and then on a desolate beach, ends the film on a thrilling, emotional note.

Deathly Hallows is filled with moments that yank you out of the sometimes overwhelming plot content and transport you to this world like no line recitation could.  Whether it’s fleeing through a dead forest or simply dancing while the world lies in chaos around you, this movie captures the moments that are both heart-poundingly terrifying and bracingly human.

People who have not read the books may find this entry harder to follow than others.  Yates beautifully cut down the fifth film’s overbearing narrative to a relatively concise movie.  To his credit, he does give the characters pretty images to talk in, even if sometimes the atmosphere isn’t as effective as the iconic Hogwarts castle.

Though this is only the first part, it is a necessary milestone on the way to the series’ end.  Branching away from the safe confines of the castle is a challenge to both the characters and the filmmakers.  They handle it well, all thanks to a little magic.

1 thought on “REVIEW: Harry Potter and the Deathly Hallows: Part 1”