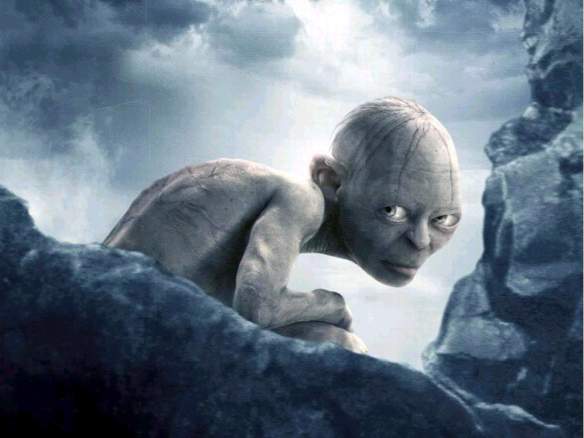 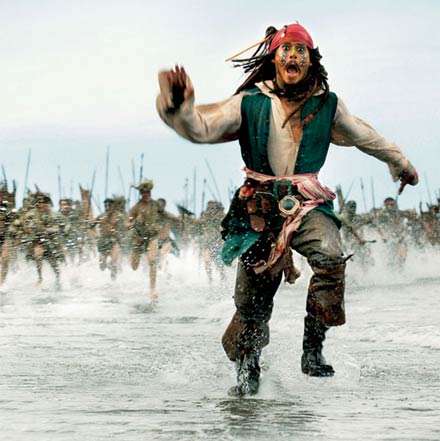 3. Jack Sparrow- Though the Pirates of the Caribbean films never really got the gold treatment, Johnny Depp sure gave it to Captain Jack Sparrow.  This is just one of many characters to defy blockbuster standards, to show that maybe characters of complexity could exist in a movie with a big budget.

4. The Joker- Speaking of character complexity in a big-budget film, try this one out for size.  Heath Ledger’s Oscar-winning portrayal of the Clown Prince of Crime is regarded as many, me included, as the definitive version of not only the character, but the representation of evil and madness in a modern film. 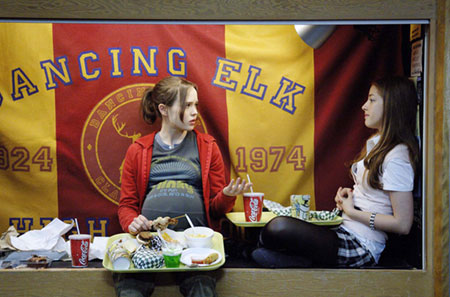 5. Juno MacGuff- If ever there was an indie icon, it’d be this sassy pregnant teenager from the smart-tongued Diablo Cody.  No matter how you feel about the film, you cannot deny the influence Ellen Page’s snarky character had.  It helped redefine a woman’s role in the movies much as Diane Keaton did in Annie Hall.  You can thank her later, after she gets off her hamburger phone. 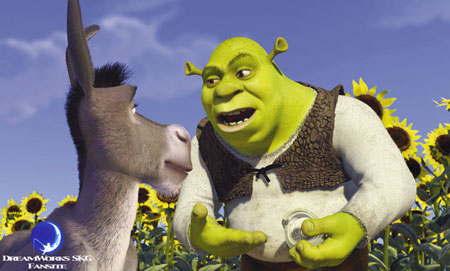 7. Shrek- Who would’ve thought that the most iconic animated character of the new age of movies would come from someone other than Pixar.  Though no one can beat them in quality, Dreamworks managed to create a whole slew of memorable characters in the original Shrek, but none endured more than the title character.  Mike Myers found a way to revitalize his career by toning down the dumb and amping up the charm.  Is he the best animated character?  Not by a long shot, but everyone has seen the movie, and everyone recognizes him.

8. Maximus- One of Ridley Scott’s greatest triumphs as a director is in this intriguing revenge fantasy set in Ancient Rome.  Russell Crowe plays Maximus, seeking revenge against the grotesque Caesar who usurped power, murdered his family, and sold him into slavery.  Crowe acheives screen immortality because he, like The Bride, melds perfectly action star screen presence and fantastic dramatic acting.

9. Dory- If you’ve seen Finding Nemo, you incorporate “Just keep swimming, just keep swimming,” into your daily life.  Hell, even if you haven’t you may still.  Ellen Degeneres voices this short-term-memory-loss-ridden fish with such charm and life that it comes alive more than any other Pixar character.  Dory, more so than her other Pixar contemporaries, gave Disney a new way to make money as well as satisfy the idea that animation can indeed be an art form.

10. Harry Potter- Sure, J.K. Rowling’s immortal boy wizard will be in literary canon until the end of time, but few fictional characters can become as iconic in both books and movies.  Daniel Radcliffe has grown up playing Harry, and he now knows how the character moves and breathes.  His Potter will be etched into movie history for a long time, whether you like it or not.