After Dr. George Tiller was assassinated in a Kansas church in 2009, only four doctors in America remained who would perform late-term abortions.  After Tiller is a somewhat illuminating profile of those people and the women who seek the controversial procedure.

Directed by Martha Shane and Lana Wilson, After Tiller is a compassionate, often clear-headed look at an issue that often prompts shouts of fire and brimstone.  Some of that fire and brimstone makes it into the finished product, as protesters stand outside the various clinics with signs and rosaries, urging the women not to go through with the procedure or damning the doctors who perform it.  For the most part, though, the documentary stays inside the clinics and homes where those doctors work and live.

Those clinics are fascinating places to be, even if many of the employees seemed to put on some sort of facade for the camera at times.  In fact, After Tiller was most effective when that facade clashed with the heart-wrenching testimony of a patient.  They are not only grappling with the unimaginable hardships of their everyday; they are trying to show the world what they do, and why.

In that sense, Shane and Wilson are clearly on their side.  However level-headed their documentary seems, simply looking at these doctors as people instead of lightning rods is taking a stand on this issue.  In an interview on Democracy Now! following the film’s premiere at Sundance, Shane calls the doctors “incredible individuals.”

In that same interview, Wilson talks about her frustration at the human element being left out of the discussion on local media following Dr. Tiller’s murder. She also said that she was motivated by why exactly women would need a third-trimester abortion, which was also my biggest question going in to see After Tiller.

Those abortions account for less than 1 percent of all procedures.  They involve euthanizing the fetus and allowing the woman to give birth, and they’re usually performed in instances where the child will have no quality of life or the mother will be killed in labor.  Dr. Shelley Sella, who works in Albuquerque, New Mexico, talks about the bleakness of this operation, and how it’s impossible not to see those fetuses as babies.

This is how she explains it:

“I think about what I do all the time, and I recognize what I do, and at times I struggle, and at times I don’t.  But I always come back to the woman, and what she’s going through; and, often, what life will this baby have?  What will it mean to be alive with horrific fetal abnormalities?  It’s not just about being alive, it’s about life and what does it mean?”

It’s an astonishing admission, followed by one of several heart-wrenching interviews with patients, their quivering, nervous hands substituting for their faces and protecting their identities.  It’s impossible for me to fathom their situation, and the undeniable weight it has on them and the doctors.

When Shane and Wilson steer away from scenes like that toward the protests, the biggest problems with After Tiller surface.  It’s not that the filmmakers express a distinct point of view in advocating for legal abortion.  As A.O. Scott noted in his review, “a documentary should be assessed as a representation of the world as it is, from a perspective that is itself part of that world.” 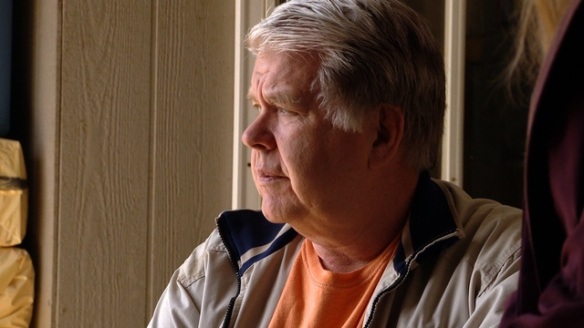 I completely agree with that sentiment, but at times it felt as if the issue was being presented with the exact absence of humanity that Wilson said she sought to restore. This is especially true of Dr. LeRoy Carhart, who moves from Nebraska to Maryland during the course of the documentary because late-term abortions are outlawed.  Shane and Wilson follow him as he scouts out various locations, one of them a standard-looking house in a suburban neighborhood.

There are a couple of eerily placed shots during this sequence, though.  One is of a playground from the other side of a fence.  The other is of a daycare sign, with Carhart and his wife waiting at a traffic light near it.  These shots immediately stuck out to me.  For such a formally straightforward documentary, the inclusion of these shots at the moment when a late-term abortionist is looking for a building to rent seemed extremely wrong-headed.  They don’t highlight the moral toll the job has on Carhart as much as they add a queasy, and inappropriate, audacity.

After he finds a building and reopens in Maryland, anti-abortion protestors target his landlord by protesting outside his daughter’s middle school with photos of late-term aborted fetuses.  This entire segment with Carhart, from when he left Nebraska to when he resettled, weakened the movie’s effect on me.  I’ve seen this side of the abortion debate, with its seemingly endless protests and polarized narratives.

What I hadn’t seen before was Dr. Susan Robinson, who also works in Albuquerque, talk with heavy reluctance about how she decides when to perform the procedure. There was also the moment where Dr. Warren Hern, based in Colorado, tells a rape victim looking for guidance to seek out the police, and then hugs her.  Those are the scenes that make After Tiller a worthwhile and necessary contribution to this issue.  With their unprecedented access, Shane and Wilson capture enough of them to overshadow those other flaws.