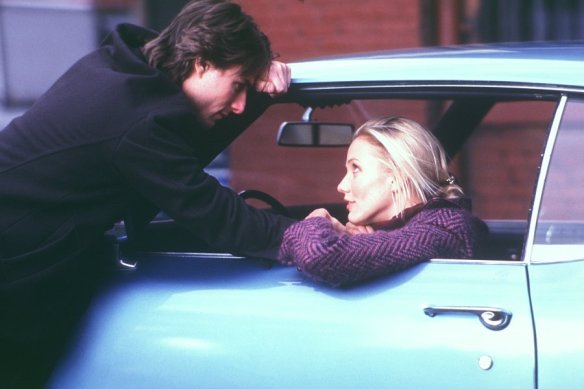 The trouble with success is, you always have to follow it up with something.  In the case of Cameron Crowe, who was adorned the king of both rock music and the film world in 2000 with Almost Famous, follows it up with this surreal, weird, and ultimately unsatisfying trip through the perpetual abyss of love and loss.

Another perk of success, at least in Hollywood, is that it allows you to draw in A-list names to your cause.  In the case of Vanilla Sky, Crowe draws in the great (Penélope Cruz), the good (Tom Cruise) and Cameron Diaz.  This big-name ensemble, which is led by Cruise but scene-stolen by Cruz, follows silver-spoon publisher David Aames as his life spins in and out of reality after a car crash.

Despite the film’s deeply unsatisfying last 45 minutes, the rest is actually an engaging thrill ride built by a director who was born to make images flow together.  Crowe zips through various time periods and realities with ease, sometimes rivaling if never outdoing David Lynch’s work that year in Mulholland Dr. David is being stalked by Julie (Diaz), a beautiful and crazy starlet who, not content with being a booty call, shows up uninvited to his birthday party.  Another beauty shows up at that party as a plus one, the radiant Sophia (Cruz), who David uses to escape Julie.

Most movies would have David falling in love with both women and then make him choose at the end, but when Julie takes him for a demented ride through New York City that ends in a brutal car crash, you get the feeling things just might not work out between them.  Following this accident, David is horribly injured both physically and mentally.  Cruise, in a charmingly efficient lead turn, covers up his actual face most of the movie with either disfigurement or a prosthetic mask.  The movie weaves in and out of different time periods, but Cruise keeps it grounded with his emotionally acute but not overbearing performance. 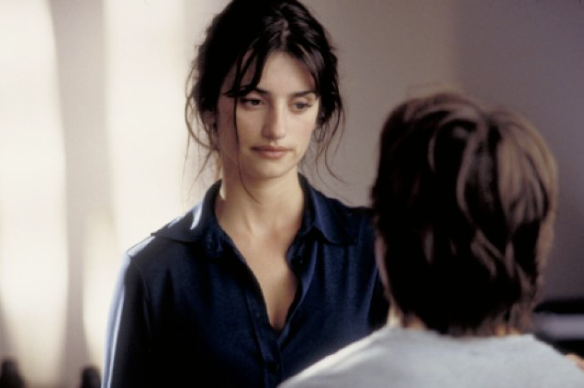 There are moments where it’s clear that he’s dreaming or hallucinating, but the biggest strength of this movie is trying to figure out which is which.  Much of it is explained or set up in therapy sessions in jail with a psychologist (Kurt Russell), but sometimes even those don’t seem plausible or real.  That’s why the ending is so disappointing.  Crowe seems to lose all the confidence he had in the first two thirds of his movie and tacks on a disgustingly oversimplified sci-fi explanation.

In addition to those moments of visual artistry, Crowe adds in a soundtrack just as brilliant as the one from Almost Famous, weaving together songs by everyone from Radiohead to Sigur Rós and Bob Dylan.  Tacky reference to the album cover of The Freewheelin’ Bob Dylan aside, it all works perfectly with the movie.

It’s a shame that Crowe didn’t take the full leap with this movie.  The identity switching, and dreams mixing in with reality are really quite vivid and beautiful.  In the end, though, watching the manic chase down his pixie dream girl is as disappointing as learning the science behind your favorite magic tricks.