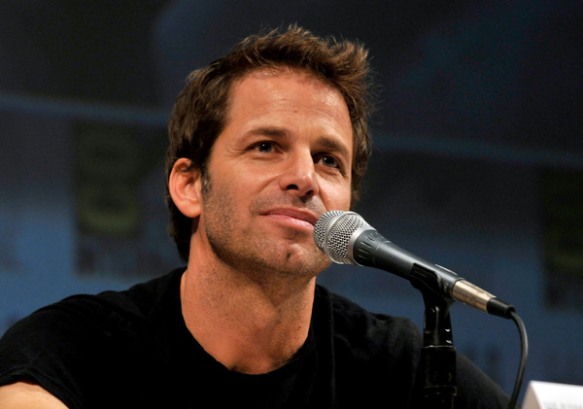 Notable films: Dawn of the Dead, 300 and Watchmen.

Hypothetical premise: The stage is set in San Francisco only moments after the bombings of Pearl Harbor struck the nation. The city is in political chaos as city and government leaders prepare to handle the increasing population of Japanese Americans living amongst the diverse population. Allegories and criticism toward the reaction of 9/11 and modern terrorism can be made throughout the series. This is Snyder’s fictional re-envision of WWII on the west coast.

The series tracks the struggles of the times (camps, the war, the economy, threats from nuclear and high powered technology) between an evil billionaire looking to capitalize on the town’s destruction and Japanese camps, a mistrusted and aging idealist popular in the Spanish community, his young, half-Japanese bride and his American son being sent off to war. With the billionaire set to takeover the town with his gang among chaos and attacks by the Japanese, the aging idealist prepares a pose to break out his wife, get his son back, save his family and end the tyranny.

Likely to bring: Most of the actors in Snyder’s films are quite replaceable with the exception of Butler, who is enjoying the success of his romantic comedy career far too well to take on such a juicy role for himself. Jeffery Dean Morgan, who played the comedian in Watchmen, would be perfect for the idealist. For the villain, there is none better than Jackie Earle Haley from the same film. Both wouldn’t mind a steady job and could pull it off.

Likeliness of this happening: 4/10.  Even with the costs of doing such a project remaining relatively low with green screen and CGI technology, putting on such a production would be a timely project and require a large post-production staff and possibly a carrier like HBO, Showtime or Starz, who produces a 300-inspired Spartacus. That show proves it likely, but with Snyder busy wrapped up in making Superman: Man of Steel and potential sequels, it is unlikely he will have much free time in the future to venture out into other mediums after just making it big in this one.

1 thought on “If they were in television… Zack Snyder”