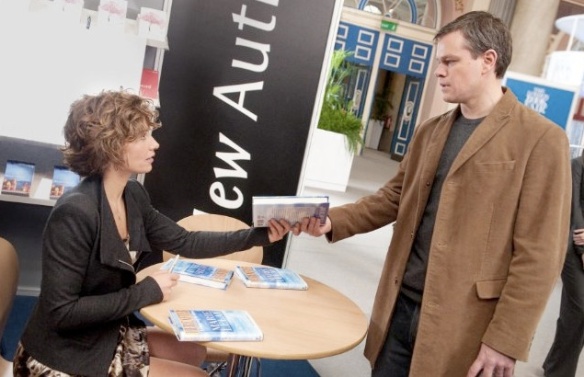 Hereafter is about people coming together.  It may seem more fatalistic than it is, but that’s only because we follow the three protagonists at their points of crisis up until they intersect and change each other.

Though all the crisis in the movie are of a spiritual nature, the opening sequence is a special effects marvel.  We follow French reporter Marie LeLay (Cécile De France) when the 2004 tsunami in the Indian Ocean hits.  She is knocked unconscious, visits a realm of white where she zooms through a cavalcade of silhouettes, and then wakes up.  Needless to say, her life is upended and thrown into uncertainty.  After looking into the experience both internally and through a plethora of other skeptics, psychics, researchers, she still has questions.  In this movie, though, answers aren’t any more comforting.

Matt Damon plays the troubled psychic George Lonegan, the main drive of the story.  Viewing his gift as a curse, he has resigned himself to working a low-paying factory job, hoping the loud noises will keep him occupied.  At night, he takes a cooking class and listens to Charles Dickens on tape.  He has a brief fling with his partner in cooking class (Bryce Dallas Howard), but his “gift” soon has him staring blankly ahead to the tune of Mr. Eastwood’s low-key, haunting score again. 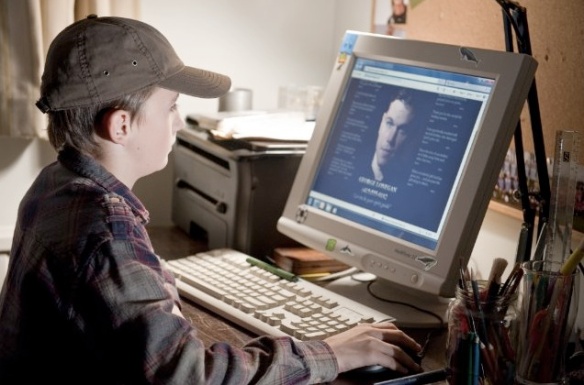 The twins George and Frankie McLaren play the twin roles of Marcus and (briefly) Jason.  When Jason is hit by a car, Marcus is thrust into a foster home away from the drug-ridden but gentle mother.  His entire life is a jumbled mess, and he turns to Google for the answers.

A few unsuccessful psychic trips later, he stumbles on George’s old web page.  This is where fate, or slight narrative push, steps in.  We do follow all of these troubled souls on their quests to understand and accept.  Many will misinterpret this as a definitive spiritual statement.  Is Mr. Eastwood acknowledging that there could, in fact, be something after the physical world?  Sure, but it’s not heaven.

In one of the movie’s most moving scenes, George communicates with Marcus’ dead twin.  When the boy asks where he’s going, George simply replies “I don’t know.”  The fear followed by acceptance in this scene is covered in beautiful shadows and wonderfully played out dialogue.

The acting from all four of the main actors is terrifically woven into Peter Morgan’s screenplay.  None of it is showy, but with the lingering camera and the shadowy close-ups none of it needs to be.

Hereafter does trip up on itself sometimes, preaching points that were better left unsaid.  Ms. De France’s terrific portrayal of the French journalist doesn’t save it from being the weakest link in this puzzle.  She could’ve just as easily written the book about her near-death experiences without the predictable career collapse.

Clint Eastwood, despite his legendary on-screen career, is a better director.  He proves this time and again with masterful stories that go somewhere new with his distinctly polished visuals and story.  He follows up the Nelson Mandela rugby movie Invictus with this deliberately paced, nuanced psychic thriller.  We follow his movies time and again for a reason. Hereafter is proof that even when there are doubts in life, they aren’t about his talent.