Horror movies are very taste-specific because it’s difficult to scare a big group of people in the same way.  Some get freaked out by gore, others by the possibility of it.  Other times, all it takes is a m enacing villain calmly inching across the screen.  Here is a diverse list of movies that you may have overlooked in the sequel-driven, often scareless age of modern horror. 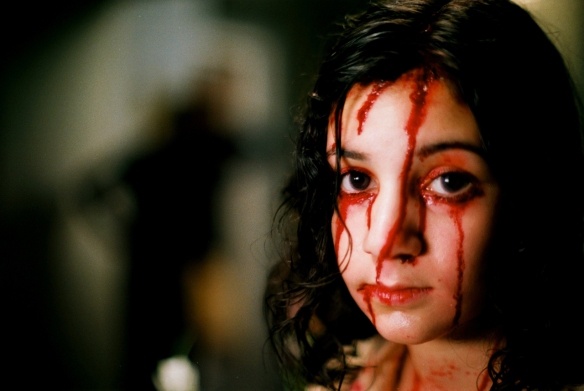 Let the Right One In– The Twilight vampire bump actually worked against this movie, causing many fans of horror to stay away from anything with two fangs.  Add to that the fact that it’s also foreign, and it is further doomed in American markets.  Let the RIght One In is a profoundly disturbing adolescent horror film from Sweden, one where a seemingly young girl (brilliantly played by Lina Leandersson) becomes much more.  It’s artfully done, to be sure, but the blood-letting helps it fit in with grimier-looking horror movies.

Drag Me To Hell- Audiences didn’t know what to do with Sam Raimi’s return to form in 2009, mostly because this movie was marketed as straight-up horror from “The Director of Spider Man.”  Horror-comedy is one of the trickiest genres to pull off simply because the expectations are wildly different from each.  Raimi is a true master though, and he keeps the scare/laugh quotients filled as we watch cursed loan officer Christine (Alison Lohman) succumb to the endless torment and then succumb to the movie’s title in one of the most dementedly hilarious movie conclusions in years. 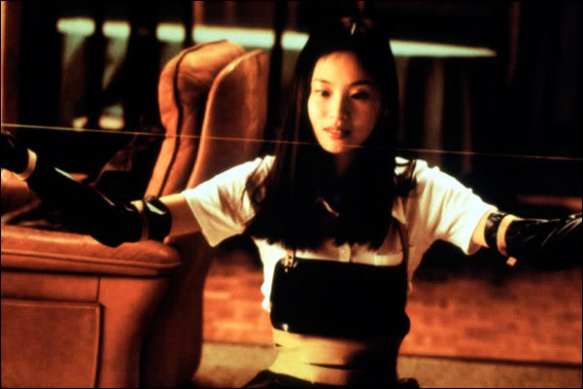 Audition-Takashi Miike’s stand-out film is infamous in foreign horror circles, but virtually unknown to mainstream movie audiences.  Most of Audition isn’t all that scary or even gory, but more of a statement on sexism in Japanese culture.  The brutality comes largely in the last third  of the movie, when a lonely Japanese man is drugged and tortured by a seemingly sweet woman he selected when auditioning women to be his girlfriend. Up until that point they were dating, though there were grim signs that she wasn’t who she appeared to be.

The Night of the Hunter- Widely seen in academic and critical circles as one of the finest American films ever made, Charles Laughton’s Night of the Hunter is often overshadowed by more direct horror classics Psycho.  This ahead-of-its-time masterpiece showcases a sinister performance by Robert Mitchum as the murderous preacher, and gorgeous, expressionistic cinematography.  What makes it so effective is that the fantasy confines of its story (larger-than-life villain, fairy godmother) are all placed in a deep, dark reality.

Suspiria– Dario Argento is a masterful filmmaker, the horror equivalent of Sergio Leone (the two worked together on Once Upon a Time in the West) that is largely overlooked in a world of thoughtless, bloodless sequels and dead teenager movies.  Suspiria is a simple story about a haunted ballet company  that is told in a beautifully filmed and consistently suspenseful way, something Darren Aronofsky definitely took to heart in Black Swan.  Modern American horror films are often content with lingering on gore and letting it unfold.  The true talent of Argento is that he keeps the story moving so he can show you more increasingly disturbing scenarios.