The surprising success and appreciation — the backlash, however, wasn’t a surprise — for our first “Spotlight” series to shine the blacklight on and expose the unimpressive marks of the overrated and overpaid Jenifer Aniston did not go unnoticed. Though with love and a fan base, she has far more charms than Bradley Cooper, who only has hair that doesn’t even compare to Aniston’s or the new Gaga track.  So in this post, he won’t be spared to find five “at least they aren’t that bad films” — mostly because there aren’t any — but to give his most cringe-worthy performances celebrated before he rakes in his Hangover 2 Memorial Day weekend dough.

Making his career start in a few here-and-there TV appearances in Sex and the City or appearing in low-key roles in low-key movies like Wet Hot American Summer, Cooper finally broke out playing Will Tippin in Alias. With his mild TV success, he finally started to venture out into films, filling in best friend or villain roles in movies like Failure to Launch, The Rocker, Yes Man and Wedding Crashers, which he actually pulled off. With his much over-tanned body, wannabe Clooney suaveness and not-even-as-memorable-as Matthew McConaughey locks, he stormed into romantic comedies that forgot the comedy and weren’t all that romantic like He’s Just Not That Into You and Valentine’s Day.

Cooper appeared to take any role offered, which maybe worked since it attached him to the breakout hit The Hangover, whose sequel comes out this weekend. Despite the commercial success he will achieve, he can never escape the fact that he was in All About Steve. Here’s a look at the five films that gave us a hangover after watching. 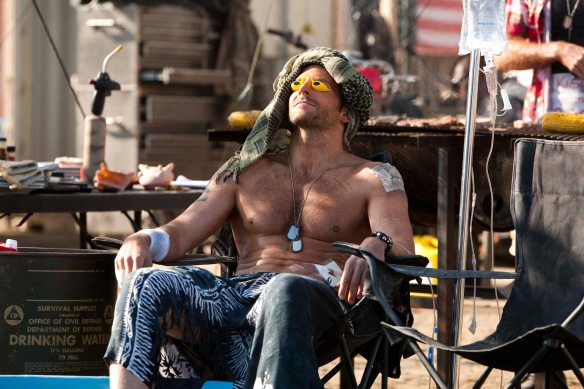 The first movie to have received an F from CyniCritics was this number right here. Cooper carries the pack with his annoying movie star hotshot attitude into a film of disastrous results. With so many explosions, clueless plot lines, eye rolling “humor” attempts and Bradley Cooper in shades, this as low as it gets. 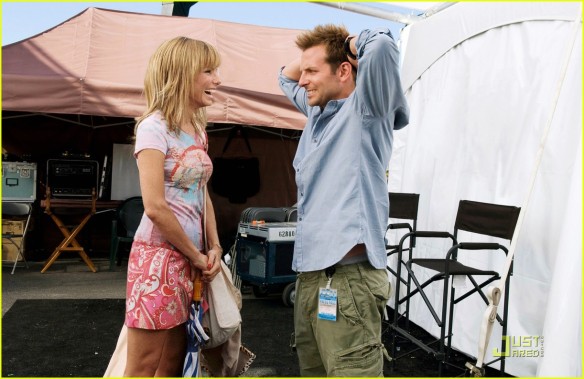 Sandra Bullock won a Razzie for her work in this film and Bradley Cooper managed to get away without a single scratch, since the film was eclipsed by his enormous breakout success in The Hangover just a few months earlier. He manages to smile throughout the movie and call it acting. Thanks for the paycheck.

It’s either this or He’s Just Not That Into You, both are the same. With trendy, topical, star filled, multistory line movies about relationship nonsense that is usually already irrelevant, forced or gimmicky, Bradley Cooper signs himself up for a quick few days of shooting and a paycheck of epic proportions. In either one he plays himself.

Here is Cooper playing a lesser role of what he did in Wedding Crashers in a lesser movie than Wedding Crashers, a much lesser movie. Failing to do anything besides showcasing the emerging Zooey Deschanel, the film contains Cooper with his presumable idol, McConaughey. As best friends with addiction to high octane sports and disrespecting women, they get along just fine it seems.

If you have ever had the pleasure of having way too much time to kill on a summer watching TBS or USA during the middle of the weekday, please don’t resort to things like this. After only 20 minutes, gagging is necessary. Cooper goes in the ring of a love triangle when a woman must contemplate her growing up and the man she must choose. Yawn. Bradley Cooper makes his first mild attempts at hair gel. Yikes.

Catch up on all these Bradley Cooper films at LOVEFiLM. With of 70,000 titles and counting you’re sure to find something to watch!