There are a few reasons Jennifer Aniston is a household name and an adored dame, and none of them have anything to do with acting. Her break came in the early 90’s from the sitcom phenomenon Friends, which followed the lives of six 20-something New Yorkers trying survive the repressions they had from their wealth families- getting higher education, being beautiful and oversexed and living in an area of economic and political stability. Aniston quickly became a favorite in the cast and a star on the big screen because of the damsel qualities she showed as Rachel Green, a color she got used to seeing in her pockets with her then-record $1 million per episode price tag plus hair product endorsements. And hair was the second thing that launched her career, influencing female style for nearly a decade and earning her the cover of every magazine in tinsel town. The fame monster grew even larger once Aniston started a relationship and married movie star and mega stud Brad Pitt.

Though Friends earned her an Emmy and a Golden Globe, Aniston’s work on the show was nothing special or remarkable. Soaking up the fame from the show, the hair and the arm candy, she starred in whole series of films before the show ended in 2004, none of them an Aniston fan could name by title sans Office Space or Bruce Almighty, the former being a critically acclaimed indie hit, the latter being a lame financial smash with the aid of Jim Carey. Since, she’s made a whole slew of cheesy, conventional and forgettable romantic comedies like Management, Love Happens and The Switch where she plays versions of her character in Friends, only without the great writing to make her as adorable as her fans would hope.

Easily the best movie she has done and chances are half the Aniston tabloid worshipers haven’t seen it. Office Space is a cult classic from the late 90’s, a true genius work of comedy that influenced a few new tricks into our culture. Jennifer doesn’t just stand back and watch, instead she jumps in and plays her role with enough flair and grip for us not to gripe. 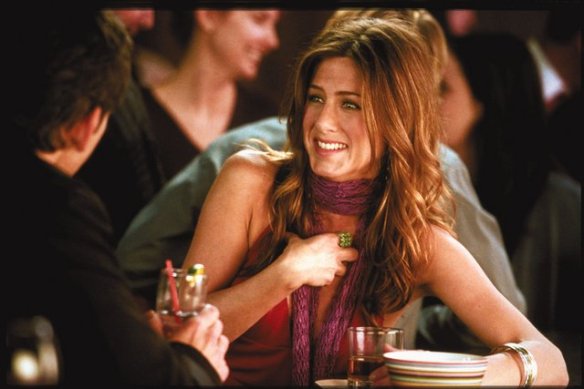 For a film that is only mildly funny and completely forgettable, it is easily Aniston’s best romantic comedy role. Because it doesn’t have the same recycled plot structure, sexist joke conventions or poor acting, Along Came Polly is at least tolerable to watch. With Stiller, Baldwin and Hoffman in it Aniston still manages to hold her own comedic chops, playing a flaky, scatter brained nut with a few different notes than we’ve seen her play before.

With the exception of Derailed it is really her only dramatic role to date, and it is a good one at that. In a story of cross-aged lovers, Aniston plays a Wal-Mart type employee having an affair with a young man that gets complicated when their boss finds out and demands sex not to tell, which really adds some mystery to the ‘who’s the daddy’ suspense. It’s certainly a gimmick, but it’s a good gimmick.

It’s Clive Owen’s movie, but Aniston surprises people with her willingness to play a darker role. In fact it is probably the only role where Aniston performs any kind of villainy. With a moderately decent twist and some shocking scenes, Derailed gets a little twisted and Aniston easily gets caught up in that, even if it is nearly the same movie and character as The Good Girl. 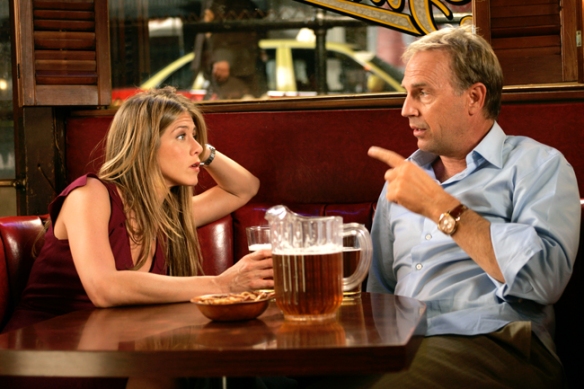 In what was promised to her as the next The Graduate, Aniston played in a film that played off of The Graduate. Next to Kevin Costner nonetheless, how could she not shine?