The man that would do it all and do it without earning a cent. Without landing a cover on Esquire or GQ he lands on the homes of billions to deliver presents at night and lands repetitive roles in December family films.

Similar to a crossover career path of greats like Ronald Reagan, Arnold Schwarzenegger or Angelina Jolie, making it big in show business and then moving to politics and philanthropy, Santa moved from centuries of being toy tycoon and children’s moral police to the entertainment industry in the past century. A lesser Sarah Palin, but certainly exceeding the trials of Donald Trump.

He is a household name, even if that has little to do with his ability as a performer, which has never been more than mediocre. Only one Oscar win for this thespian, but that might be because he tends to replay the same role over and over again.  That’s no excuse; however, actors have often found great creative success in playing themselves over and over- Humphrey Bogart, George Clooney, Katherine Heigl.

Santa Claus is a different breed. No costume changes, no make-up, no role researching, just a well-catered set of meals on set and a big cup of jolly before each take and he is ready to fly right into his role. His ability to play himself is in fact so seamless, that critics are beginning to wonder if such a figure as “Santa Claus” truly exists or if perhaps he has cloned himself to be on set, on roofs and in shopping malls all at once. For now though, he remains sky high. Here is a look at some of his notable performances.

It’s his most love/hate role to date. Santa plays his biggest career stretch, a career gamble as a gambling, boozing, jerk-off antithesis  to his Miracle on 34th Street mall Santa. He might have a bad attitude and alcohol breath, but this Santa is oddly the most charming, endearing and hilarious alcoholic since Kathy Lee Gifford. 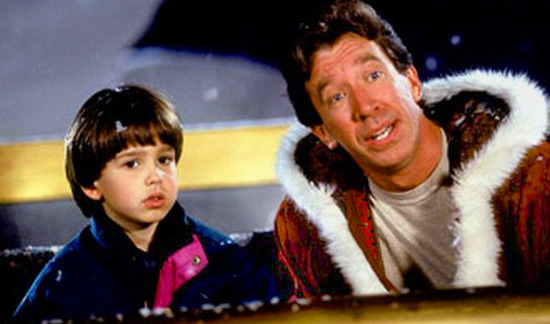 At the height of Tim Allen’s popularity, Santa Claus attempts to play a version of Tim Allen playing Santa Claus. Sounds pretty trippy, right? Well it’s not. But Santa does have some pretty funny reindeer scenes. See the original; the sequels were as bitter as stale eggnog.

A lovable Santa that’s also stern and mean to elves… yeah, we’re in. Sure it might be his most corporate “sellout” movie to date, but what do you think is in that satchel, toys? It’s money bags, my friend.

His Oscar winning role is seen as nothing short of iconic. Is he a real Santa? Is he just a department store fake? We may never know. Consider this the Lost of Santa films. Constant twists, turns and unknowns. Santa played Santa (or not Santa, see why this is confusing?) that everyone wanted to love.

Yeah Santa has done really fantastic career work with films like Fred Claus and Ernest Saves Christmas, but his most influential work comes with his Coca-Cola endorsement deal. Never has Coca-Cola been made more appealing than by seeing an extremely overweight old man get even chubbier by drinking Coca-Cola. He’s the most convincing actor ever… Meryl Streep, you better watch out.