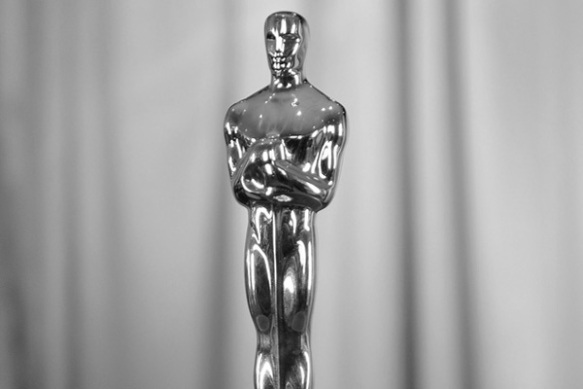 With nine nominees competing for the big ole’ best picture title this year, one would think the race would be pretty open-ended. But with what looks like a sweep for The Artist, don’t expect too many surprises.

Enjoy CyniCritics complete coverage of this year’s Oscar race. We have reviewed every film in our Best Picture Nominee series and ranked them below for a quick view for you. Included are our Oscar predictions in the main categories and some related links. The past year has been a fantastic year for film, and we are glad you share your readership and love for movies with us here at CyniCritics. Enjoy the show!

The Tree of Life

Verdict: The Tree of Life, Terrence Malick’s latest meditation on nature by way of the Big Bang, won the Palme D’or at the Cannes Film Festival this year, and the one who was there promoting it was Brad Pitt.  In a way this is fitting since he and Sean Penn are all the marketing team behind this movie will have to promote it with.  It’s likely that countless Americans will attend this film to see Pitt and then be outraged. Grade: A Read full review here.

Verdict: Hugo would be a good place to start in a film history class.  Not only does it glide through the early history of silent movies, but it also utilizes the latest digital filmmaking technology in doing so.  Martin Scorsese has created a film worthy of the 3D technology that is infecting every big Hollywood blockbuster, and he has done it by using it not as a showy gimmick, but as a storytelling tool. Grade: A- Read full review here.

Verdict: Written and directed by French filmmaker Michel Hazanavicius, The Artist proves itself beyond a gimmick by being romantically old-fashion while being thoughtfully contemporary. Self-awareness and subtle references are clever tricks to keep it from stammering. Throughout the film the audiences experiences small exclusions to then-day filmmaking rules that guide us through the conventions. This is noticeably inverse of Scorsese’s similar cinematic preservation attempt in Hugo. Grade: B+ Read full review here.

Verdict: Finally, the first movie of the summer that deserves the label “art.”  Woody Allen continues his stroll through Europe with this weird, touching, and hilarious trip through the streets of Paris.  Midnight in Paris was the opener of this year’s Cannes Film Festival, mostly because it’s everything the French love: funny, beautiful, and set in France. Grade: B+ Read full review here.

Verdict: Moneyball is a movie preordained to be an Oscar contender simply by the marketing.  Brad Pitt is in a sports movie, and he’s at his Brad Pittiest.  The odds are in this movie’s favor to be a contender, though, not to win (yet). Grade: B- Read full review here.

Verdict: When the script starts empathizing with his daughters instead of vilifying them, Clooney and the two young actresses (Woodley in particular) create a terrific family dynamic.  As he balances what to tell them and what not to tell them, we get a sense of a man who is also grappling with what he wants to admit to himself.  It’s that kind of tragic undercurrent that gives The Descendants its gravity even after it falls short. Grade: C+ Read full review here.

Verdict: Tate Taylor’s film adaptation of The Help is more proof that female-driven movies outside the rom-com purgatory are infiltrating the mainstream.   That is the edgiest thing about it by far. As many critics have already remarked, it is a fairly safe movie.  It tackles racism in Jackson, Mississippi in the time period surrounding the assassination of Medgar Evers and John F. Kennedy. Grade: C+ Read full review here.

Verdict: As the horse plows through insurmountable odds it was preordained to overcome, War Horse becomes harder to admire than its excellent beginnings.  Spielberg abandons the narrative structure to flash back to the boy both while he stays behind on the farm and eventually marches off to war.  Irvine’s performance is solid even if his character is hopelessly uninteresting and cheesy, though the excellent supporting company of Emily Watson and David Thewlis do not hurt one bit. Grade: C+ Read full review here.

Verdict: Everything about this movie is deliberately and skillfully crafted (with Oscar gold clearly in mind).  Stephen Daldry’s direction gives vibrant life to the traumatized New York City streets, often overcrowding them or draining them of anyone but Oskar. He gives generous close-ups to the performers, particularly Ms. Bullock and Viola Davis (who plays the first person on Oskar’s list), so that he can capture their tears and gift them to the audience as some sort of catharsis. Grade: D Read full review here.

Our favorite movies of 2012

Check out our Facebook Poll to see who our fans want to win best picture.