If there was anything I noticed missing on the dinner table this Thanksgiving, I could tell you it is nothing I would put salt or pepper on. All the years of Thanksgiving I have had in the past, I celebrated by sitting around with my family appreciating the things we had, like a big turkey dinner, a home over our heads, time off from school and friends to see movies with later that night. But when I sat around with those people I called my family, I didn’t realize the things we thankful for weren’t any of those things combined. Instead it was just the fact that we were all in the same room, mood and had the company and joy of each other for a single afternoon. Comfort is the only word I can put on it.

It seems like a simple concept that we are told all the time, but cannot truly grasp until we’ve had to spend Thanksgiving thousands of miles away from the memories and people we so badly long to be with.

In honor of my little revelation I offer a handful of films that give me a great warmth and sense of family, the sweetest Thanksgiving treat, as a theme.

Up in the Air– Sure Ryan Bingham, the corporate executioner fighting to save the old school ways of his job, is known for flying solo. Without friends at work, without family in his empty apartment, and without the company of a lover, Bingham may seem like quite the loner when in fact he couldn’t feel more confident and content with his ways. However, after two women enter his life and take him for a life changing ride, Bingham reconsiders his philosophy on family and people in general. It is a beautifully endearing film and a story for the ages. 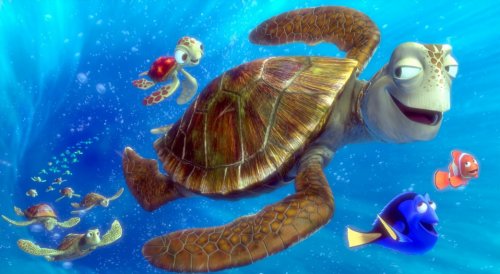 Finding Nemo- If you scale it all down, it is essentially the story of a paranoid father learning to loosen the leash on raising his son and a son learning to appreciate the love his father gives him. It’s an adventure film, a film about new friends and old friends, all in the pursuit of reaching a bond that can’t be broken underwater, above water, behind tanks or across oceans.

Little Miss Sunshine- It’s perhaps thee dysfunctional family film of our era. For as screwy as the characters may seem- the suicidal, gay uncle, the perverted, heroin addict grandpa, the lame-ass, goal driven dad, the frayed, divorced mom, the silent, creepy teenage son and the chubby, happy-go-lucky daughter- they seem to have a cohesiveness stronger than any other family on film. With charm, humor and a realistic outlook on life and the things we do for the ones we love, it couldn’t get any brighter than this movie. 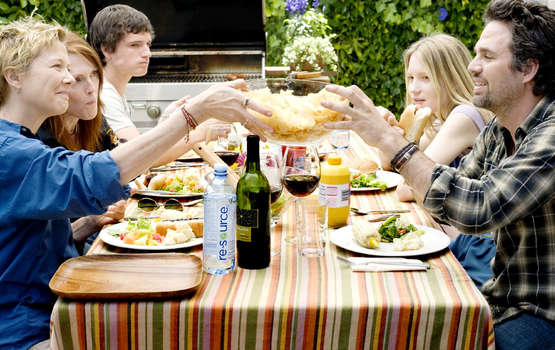 The Kids are All Right- Perhaps too much is written on this movie by this blog, but whatever, it’s that great. Sure critics of the film will bash on its political correctness or its portrayal of modern lesbian couples. Like the portrayal or not, the film is engaging and quite true in terms of how a family interacts and tries to function, gay or straight. The struggles of raising children, balancing trust and money in relationships, dealing with outsiders are never easy, but somehow that’s all forgotten when love and home make everything good again.

Finding Neverland- The Peter Pan story makes it family-friendly, but at heart it’s a true story about the man who created the character and how it gave him a family he could only dream of before. J.M. Barrie is a famous playwright with a greedy wife and an empty household.  Upon meeting a widow and her four boys in the park, Barrie ends up finding the inspiration for his next play, a new series of relationships and a new world of his own creation. As Barrie escapes further and further into the fantasy world with the boys, reality pulls him back harder and harder with his failing marriage and the ailing health of his new family, leaving the only place to make  the world right and fun and full of love again his own Neverland.