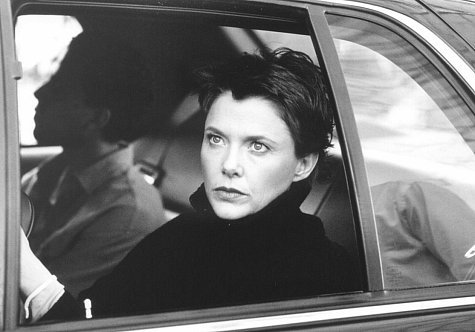 There’s always a little bit of madness lurking behind Annette Bening’s eyes.  Whether this is her character or the real woman is a mystery, one that viewers have been more than happy to be wrapped up in throughout her career.  Bening is an expert at pealing back the layers of characters we would normally dismiss as arrogant, shallow or bitchy.  She does this either with an objective approach to a distasteful character (American Beauty) or by putting herself completely into the role (The Kids Are All Right.)  No matter what her approach, though, there’s always that little bit of madness below the surface, ready to snap.

Robbed of Best Actress for her psychotic portrayal of Carolyn Burnham, Bening stripped down this nightmarish version of the suburban housewife to something that was human.  Watching her maddening gaze and dead smile as she gardens or tries to sell a house is scarier than anything you’ll find in a Saw movie.  The twist is that you’ll actually feel bad for her, watching her smack herself around after failing to meet the goals she set for herself.  Scary, yes, but also a little bit devastating. 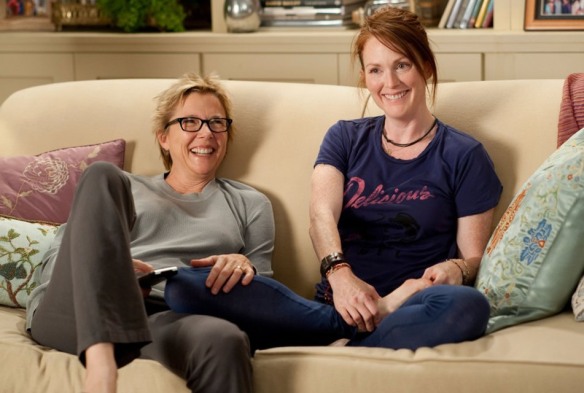 The Kids Are All Right

This is the Academy’s chance to right the wrong it did her in American Beauty, or at least give her another nomination.  In The Kids Are All Right, Bening plays Nic, a protective, controlling mother to her kids.  Tightly wound and teetering on the edge of oblivion, Bening shows us a woman scared of losing her family.  That she happens to be lesbian is incidental, her fears are universal.  Bening’s use of silence and stares is also both comically and dramatically effective, proving that you don’t always have to spout off to say something.

Is this her third performance on this list as a semi-crazy mother?  Yes, but it’s so wildly different and out there compared to the others that it still warrants a mention.  Here Bening takes the backseat, which is unfortunate for the movie but also allows her to be a scene-stealer.  Going from tightly wound and repressed to sexually liberated as the movie takes its course, she never loses sight of Deirdre Burroughs’ humanity and mental instability. 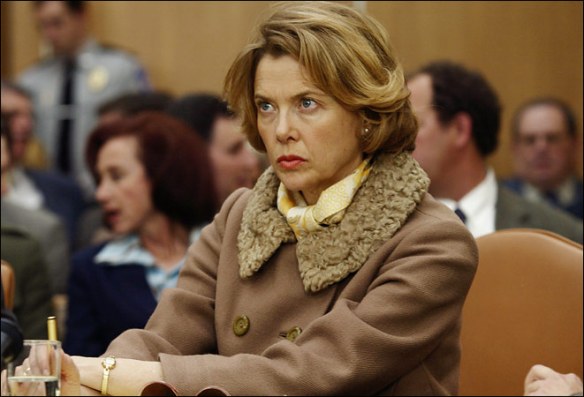 In this made-for-TV true-ish story on HBO, Bening plays Jean Harris, a woman driven to kill her husband.  Her verbal pitter-patter with Ben Kingsley is priceless, as is her courtroom testimony.  Taken from transcripts of the actual trial, Bening helps find dramatic gravitas in the non-fiction and bring it to life.

In her other Oscar-nominated performance, Bening takes on egotistical actress Julia Lambert in this ’30s period drama.   Though it does suffer from the traditional boring trappings of the period piece genre, the British wit and Bening’s entertaining portrayal help salvage it from being totally obsolete.

Other notable performances: Mars Attacks!, The American President, and Bugsy.