St. Patrick’s Day is one of the biggest drinking days of the year, whether it be the Irish invading the pubs in numbers larger than usual or other people dressing in green and dousing themselves in beer.  If you’re looking to avoid the St. Patrick’s Day alcohol binge, here are some movies that pay homage to Irish heritage without focusing on beer.

1.  Gangs of New York– Martin Scorsese’s 2002 epic lands us right in New York City in the mid-19th century.  Irish-Americans face discrimination from the loyalist party, who are also facilitating a takeover of the city while everyone else is fighting the Civil War.  Leonardo DiCaprio stars as Amsterdam Vallon, an Irishman who tries to take revenge on Bill the Butcher (the ever-superb Daniel Day-Lewis) for murdering his father.  Not only will you get a dose of Irish-American history, you’ll also get one of the great film epics of the 2000’s.

2. Once– This beautifully made musical follows two people in Dublin as they write and record music.  Glen Hansard and Markéta Irglovás star as the two, and the chemistry they share is revelatory.  The film surprisingly won the Oscar for Best Original Song the year it was released.  That song, “Falling Slowly,” is one of the most gorgeous songs ever recorded in a musical, let alone a movie.  Don’t miss your chance to experience this film. 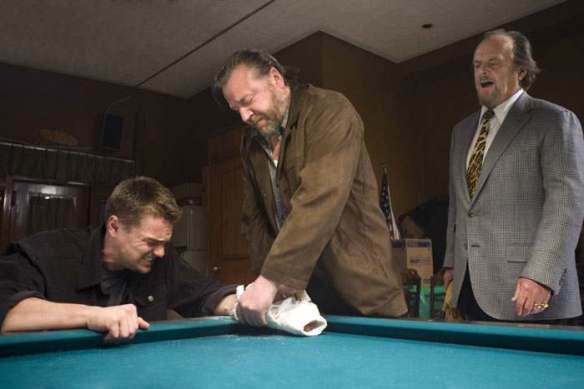 3. The Departed– Yet another Martin Scorsese emerald.  The Departed is widely considered one of his best films, and I would say it was probably the best movie to come out of the 2000’s.  It follows Irish-American gangsters in Boston in a Shakespearean magnitude tale of violence and corruption.  Those looking to see Jack Nicholson have an Irish tinge to his famous eye-brow raising shenanigans look no further.

4. My Left Foot–  If Daniel Day-Lewis is repressing the Irish in Gangs of New York, he pays for it here.  As Christy Brown, a paraplegic who learns to express himself with his left foot, Day-Lewis plays an Irishman born without that luck.  Off-screen he had it, as this is the film that got him his first Oscar win for Best Actor. 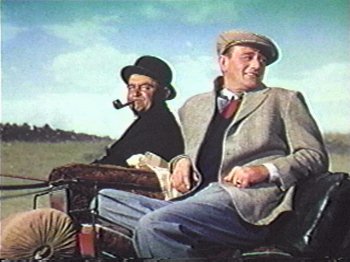 5. The Quiet Man– John Ford, the infamous innovator of the Western, tackles this Irish-set tale of an Irish-American immigrant who returns to his homeland to reclaim his family’s farm.  Long-time Ford collaborator John Wayne stars as the main character.  This film won the Academy Awards for Best Director and Best Cinematography when it was released, and it still stands as a gem in Ford’s already legendary repertoire.

Did I forget any that should be on this list?  What would be your picks for the best movie featuring Irish people or settings?

5 thoughts on “The five best movies for St. Patrick’s Day”