Hypothetical premise: A New York couple, recently broken up, both decide separately to travel to Europe to evaluate what went wrong with their relationship.  The man, a successful writer of Jewish literature, wants more stability in the relationship to ease his many phobias and quirks.  The woman, a semi-famous painter, wants more adventure and chaos to propel her creative energy.  He travels to Britain, while she travels to Spain.  Along the way they both find love in neurotic partners suffering from Anhedonia.  Midway through the season they both flee the insane, joyless relationships and go back to New York with a newly-found sense of place in the world.  They rekindle their relationship, but before the season is over the relationship is again too.

END_OF_DOCUMENT_TOKEN_TO_BE_REPLACED 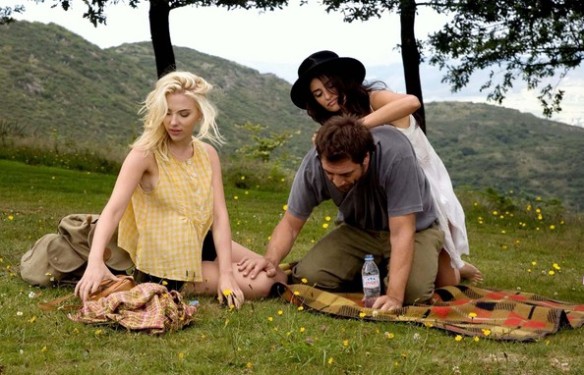 Woody Allen, in the earlier portion of his career, was always synonymous with the city of New York.  Like an ever-changing artist, lately he has been working to unravel that image, at least partway.  Allen’s European renaissance has given his work room to breath, and be more expressive.  Vicky Cristina Barcelona along with Match Point are two of his finest films, and the two best to come out of this overseas excursion.

While it may not be as revelatory as his iconic Annie Hall or as suspenseful and unique as Match Point, Vicky Cristina Barcelona has its own wily charm, and contains more swooning eroticism than either of the other two.  The film begins with two friends (Rebecca Hall and Scarlett Johansson, both excellent) traveling to Spain for the summer.  The plot synopsis reads that they are both to fall in love with the same painter (Javier Bardem), which is true, but misleading.  It is worded in the most cliche of ways, but is anything but.  The love affair that Johansson’s Cristina shares with Bardem’s Juan Antonio is the defining element of the film, while Vicky’s is more of an afterthought.  The two differing personalities of the characters do not allow them to engage on love’s battlefield.  Vicky lusts in silence, and Cristina goes on a gender-bending sexual escapade.

Like many Allen films, a narrator offers biting commentary on the events.  Sometimes that voice is that of the main protagonist talking directly to the camera, here he simply does a Morgan Freeman interpretation.  Although it fills in many of the unspoken emotions of the characters, the film may have been more interesting without it.  This is only because the cast is so superb.