When you watch a lot of movies, you tend to see a lot of characters meet unfortunate ends.  That’s just how it works.  Some characters come and go as quickly as a gunshot, but some directors like to linger on those deaths and really milk the tears.  Here are our picks for the 5 movie deaths that will either have you balling your eyes out, or rolling them up into your head.  (Note: Nicolas Sparks’ movies have been disqualified because they would take up the entire list.) 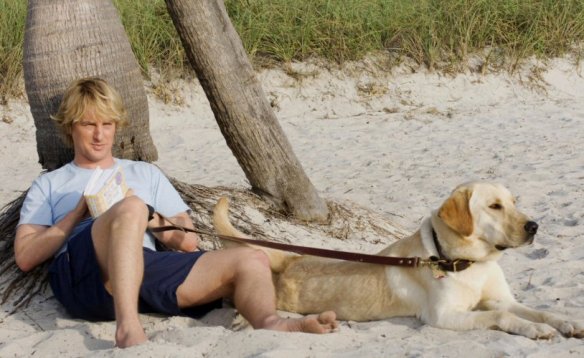 Marley and Me- This whole movie is ultimately built on the destruction of this dog.  It teaches the owners valuable life lessons, and then once they’ve learned them (and replaced the dog with kids) it’s time to die.  Owen Wilson takes Marley to the vet to be put down, and without skipping a beat we’re right there beside him for one of the most manipulative movie endings of the past 10 years. 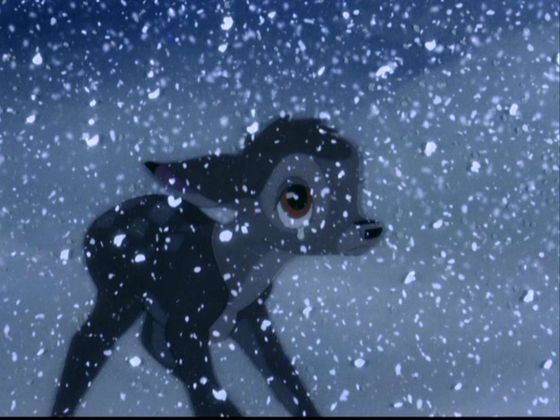 Bambi- Perhaps the most definitive Disney Parent Death, you don’t actually get to see Bambi’s mother meet her end from a hunter’s gun.  Instead, you’re left with a fawn wandering through the woods completely uncertain of why his mom isn’t following him.  That is enough to hit it home, even before his father storms onto the screen to explain death to him.  Something tells me it doesn’t deter many hunters from going out anyway. 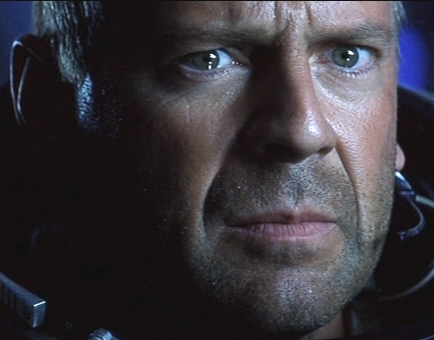 Armageddon- Michael Bay rarely stops for emotional moments in his movies, mostly because he’s not good at it.  Here, he milks Bruce Willis’ sacrifice for every melodramatic outburst.  He’s saving the world!  He’s replacing his son-in-law who he’s finally come to accept!  He… can’t cry very well. 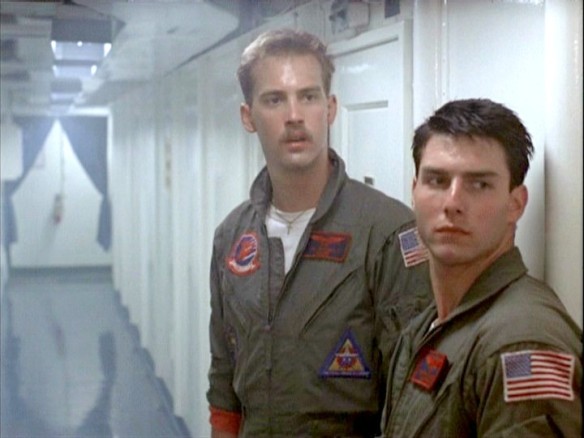 Top Gun- As if Top Gun weren’t cliche ridden enough, throwing in an unwarranted character death to make an emotional appeal is the very definition of laying it on thick.  By the time Tom Cruise’s wingman Goose meets his unfortunate end, I was hoping there’d be a couple more flying errors just to make the movie end.

Titanic– I’m sure James Cameron had his reasons for why Jack and Rose couldn’t share the wooden door, but the only one I can think of is so he could kill one of them off.   Leonardo DiCaprio and Kate Winslet act this scene out beautifully, but it doesn’t change the fact that their romance could’ve kept going even if the ship sank.  It was one of the few times a modern movie romance had earned a happy ending with characters that had actually struggled, but I guess I’ll have to let that one go.

There are a few reasons Jennifer Aniston is a household name and an adored dame, and none of them have anything to do with acting. Her break came in the early 90’s from the sitcom phenomenon Friends, which followed the lives of six 20-something New Yorkers trying survive the repressions they had from their wealth families- getting higher education, being beautiful and oversexed and living in an area of economic and political stability. Aniston quickly became a favorite in the cast and a star on the big screen because of the damsel qualities she showed as Rachel Green, a color she got used to seeing in her pockets with her then-record $1 million per episode price tag plus hair product endorsements. And hair was the second thing that launched her career, influencing female style for nearly a decade and earning her the cover of every magazine in tinsel town. The fame monster grew even larger once Aniston started a relationship and married movie star and mega stud Brad Pitt. END_OF_DOCUMENT_TOKEN_TO_BE_REPLACED