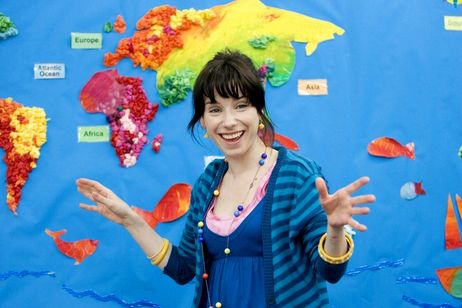 Impossible would be one way to describe Poppy (Sally Hawkins), the flamboyantly optimistic center of Mike Leigh’s Happy-Go-Lucky. With that one word, you can take her as impossibly happy, annoying, or over the top.  She is all of these things and more, as you and she both learn during the course of this off-beat life lesson comedy.

Hawkins and Leigh both approach this complicated woman with true zest and unapologetic heart.  This performance is a work of art inspired by a terrific actress and this director’s unique method.  Leigh casts his movies with only story in mind, and then works with his actors to craft improvised moments and write out the actual screenplay.

END_OF_DOCUMENT_TOKEN_TO_BE_REPLACED

A movie’s poster is often one of the biggest selling points outside of the trailer.  For this reason, studios release movie posters with a less-than-true representation of what we’re about to see.  This is especially true with small-budget films that they feel they can market to certain groups.  Comprised here are a list of 5 really blatant attempts to get you to watch a movie that isn’t what’s on the cover.

1. Kramer vs. Kramer-  This is a bitter movie about a mom (Meryl Streep) hopping town to deal with her life, leaving dad (Dustin Hoffman) with young kid.  The poster makes it seem like that family movie where the stakes are too low for the themes to mean anything, but this one hits hard.  When mom’s gone and dad’s bonding with the son he forgot he had, sentiment makes its way into the script’s veins.  In the bitter beginning and the grueling court cases though, the poster becomes a relic of something that died a long time ago.   It’s a terrific movie with terrific actors, but its charm only goes so far. 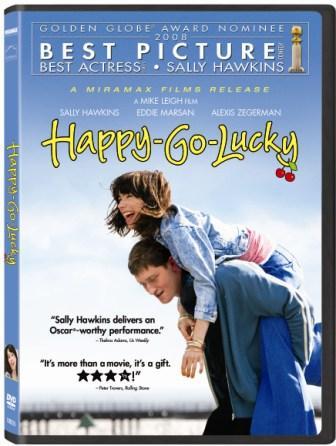 2. Happy-Go-Lucky- Indie rom-com this is not.  Mike Leigh’s criminally underrated character study of a stubbornly optimistic woman (Sally Hawkins) challenged at every turn is uproarious, charming, and insightful.  She does not exactly fall in love, and the guy giving her the piggy-back ride on the front is not the same guy who does it in the movie.  By any means don’t let it deter you from seeing this great movie, it’s not the run-of-the-mill indie romance it’s sold as.