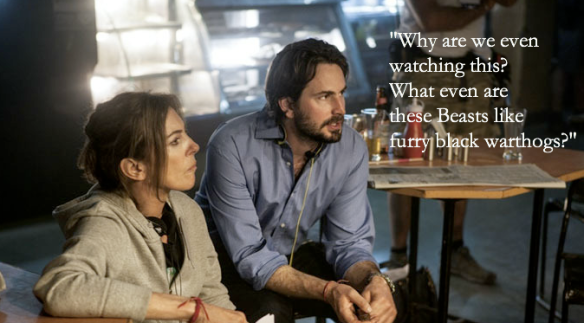 Looking through the latest score of Oscar nominees, it’s difficult not to be a little bit happy. Eight of the nine nominees for Best Picture actually sort of deserve to be there, as do most of the acting nominees.  It’s actually difficult to pinpoint the greatest surprise success, though you’d have a hard time arguing that it’s not either Michael Haneke’s Amour and Benh Zeitlin’s Beasts of the Southern Wild.  Both of these films “stole” Best Director nominees from the likes of Quentin Tarantino, Kathryn Bigelow and Ben Affleck, though we named them as the two best movies of the year.

However, the Oscars have slowly been dwindling further into mediocrity long before the Academy switched their Best Picture policy to, “We’ll nominate however many goddamn movies we feel like” and kept the directing category limited at five nominees.  Looking at the past five years of winners, three of them (Slumdog Millionaire, The King’s Speech and last year’s The Artist) were the un-upsetting crowd-pleasers of their respective year.  The other two (No Country for Old Men and The Hurt Locker) were technical masterworks deserving of the kind of pedigree the Oscars are supposed to represent.

This is where the paradox starts, though.  Academy voters make it a habit to nominate daring, audacious films, but they are rarely the winners.  When they do slip through, it’s for sentimental reasons like “The Coen Brothers have never won Best Picture!” or “Should we, like, acknowledge women can direct?”

Nominees for Best Director are again all men this year, and only one of them (Ang Lee) is non-white.  The most daring films, clearly Django Unchained and Zero Dark Thirty, were shut out of that category, all but killing their Best Picture aspirations.  This is particularly upsetting for Bigelow’s latest, because it establishes her as a master filmmaker even more so than The Hurt Locker did.  After the initial critics’ awards, it seemed like she was a shoe-in for a Director nod at first, and maybe even the front-runner.

Then came the controversy.  Once the scandal about the movie’s depiction of torture slowly gained momentum, the movie transformed from critical juggernaut to a fiercely debated audience-divider.  Bigelow and screenwriter Boal cautiously took to the media stage to defend their film, but this was mostly after the Academy made it apparent that it would endorse their depiction of the bin Laden manhunt only on a surface level. 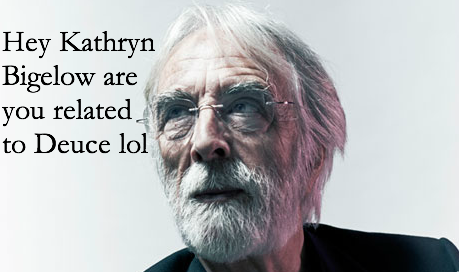 Quentin Tarantino’s Django Unchained was a different story from the beginning.  A revenge fantasy about a freed slave who goes on a plantation death tour to free his still-captive wife, it was destined for debate from the get-go.  Because of its horrific depiction of the horrors of slavery, Tarantino largely disproved accusations from people like Spike Lee that he was turning the atrocity into Spaghetti Western camp.   This still does not make Django any less of a battleground, and it too was also quietly awarded nominations for Best Picture, Original Screenplay, Cinematography, Supporting Actor and Sound Editing.

In addition to tackling America’s history of violence, both of these movies showcase the Academy’s inability to handle controversial movies or filmmakers.  Three of Tarantino’s features (Django included) have been nominated for Best Picture, and they opted to give him an Original Screenplay trophy for Pulp Fiction and gave top honors to the horrific fluff of Forrest Gump.  They are likely to do this again this year, and might award Christoph Waltz his second Supporting Actor Oscar in a row for a Tarantino film.

The larger point here is that this notoriously controversial director, and the even more controversial Michael Haneke, will likely never win an Oscar for Best Picture.  It is seen as an honor that they even make it past the often-spineless majority of Academy voters, because there is an unspoken rule that a combination of crowd-pleasing and endless campaigning (Weinstein Syndrome) is the key to gold instead of actually being the best.

It is the movie that is the least upsetting, that pulls voters toward the middle, that is likely to win.  That middle, though, is largely older white men.  Consider this year’s front-runners for the award: Lincoln, Silver Linings Playbook and Argo.  All quality movies with minimal controversy built around white men.  It would be exciting to see something with as much energy as Playbook upset the heaviness of the historical dramas, but really the only undeserving nominee this year is Les Miserables.

What’s most disheartening about the Oscars with each passing year is that we end up celebrating the status quo instead of challenging it.  They pick Driving Miss Daisy instead of Do the Right Thing, or Crash instead of Brokeback Mountain.  The rare occasions when a director like Bigelow wins is treated more as back patting (“See, we like women!!”), which is what ultimately makes them like every other year.