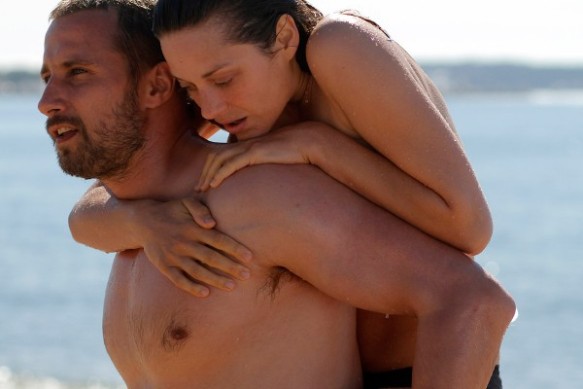 The French drama Rust & Bone, from equally French director Jacques Audiard, assembles some of the most talented people in all filmmaking departments together to tell an emotionally and physically violent story about love and survival.  It could’ve so easily been Oscar bait if the writing and the performances weren’t so emotionally uncompromising.

Audiard made a huge splash in many film circles  in 2009 and 2010 with A Prophet, a  violent and uncompromising vision set at the genre crossroads of organized crime and prison films.  Rust & Bone, while still concerned with the loss of humanity and the repression of violent impulses, tells a decidedly weirder story about a homeless father and son and a whale trainer.

Marion Cotillard gives her finest performance since La vie en rose as Stéphanie, who after an accident at her whale park is left without legs.  Seeing one of the world’s most prominent and gifted actresses as an amputee is a quiet marvel of modern special effects, and allows Cotillard to do wonders with the role.  From the horrific realization of her condition to her ultimate acceptance of it, her performance is gargantuan and deeply affecting.

Matching her blow for acting blow is Matthias Schoenaerts, who gives a breakout turn as Alain that is worthy of any acting trophy you can think of.  The characters in Audiard and Thomas Bidegain’s screenplay are all warriors in one way or another, though Alain literally fights in an illegal circuit.  The gruesome sequences are heightened by the film’s visual style, which lies somewhere between splendor and grit.  There are just as many shots of sun-drenched beauty on the beach as there are of Alain spitting blood in a makeshift back alley fighting ring.

These two wonderful characters do meet and form a distinct bond.  They are not a couple, though they do have sex; they are lover and fighters.  Moments of very welcome humor pepper their relationship, saving the movie from becoming an overbearing exercise in miserabilism.  They each function as the other’s savior in a way, though they never become each other’s sole reason for being.

Alain has a son, and his relationship with him is the source of many of his flaws. It’s as if he doesn’t know how to relate to him, until near-tragedy strikes and forces them together.  One of the movie’s faults is in Alain’s interactions with his sister, which are milked for melodrama and over step their importance in the story.  Thankfully the rest of the movie  avoids this.

Rust  & Bone is about the avenues people will take to secure a physical outlet for their pain.  Left crippled by her accident, Stéphanie is forced to find new ways of doing this, while Alain uses fights as a way to escape while at the same time pushing himself to a breaking point. 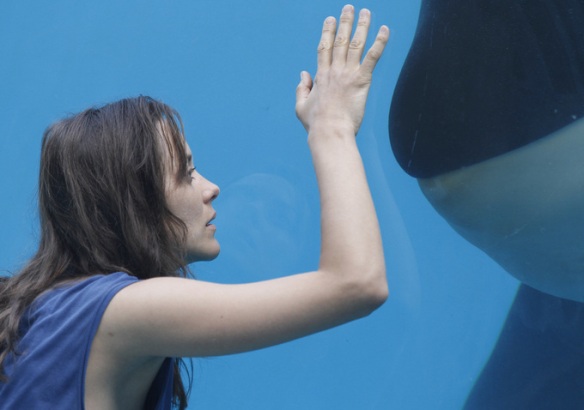 The two most haunting shots in the movie show each of these characters separated from what they fear and love the most by a clear window of either glass or ice.  Stéphanie reaches her hand out lovingly and rests it on her side of the window; Alain pounds violently to break through it.  Their characters are so beautifully and succinctly captured in these moments that it burns in the memory long after the credits roll.

Many of Rust & Bones’ sequences stick, and the ones that don’t are never bad.  It also helps that the score is excellent  and outside music is used exceptionally well (even Katy Perry’s “Firework”).  Audiard is a good writer and an even better director, and he meshes all the vastly different pieces together to make a very good movie out of what could’ve been a colossal mess.