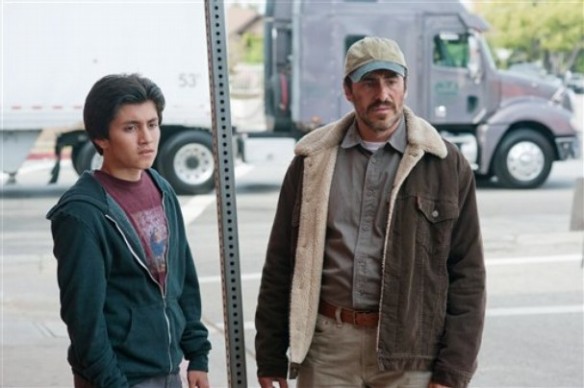 A Better Life is that movie that seemingly came out of nowhere and snagged a nomination for Best Actor at this year’s Oscars.  Its star, Demián Bichir, is a virtually unknown actor whose most prominent role was a lengthy stint on the marijuana dramedy Weeds.  His performance in this movie is an understated thing of beauty, much like fellow nominee Gary Oldman’s turn in Tinker Tailor Soldier Spy.

Bichir plays Carlos Galindo, an illegal immigrant and single father making a living as a gardener in Los Angeles to support his troubled son Luis (José Julián).  Though putting immigration front and center makes the movie unavoidably political, at its heart A Better Life is a father/son legacy story.  Carlos plays that instantly recognizable parent character, the one who works his ass off so his child can have… a better life.

Director Chris Weitz does a good job of navigating around the built-in cliches of the story, which will be a surprise for those who’ve seen New Moon and less of one for those who’ve seen About a Boy.  When Carlos’ newly purchased independence (a pick-up truck) is threatened after a hired hand steals it, he and Luis are forced to bond in interesting ways.  Building this narrative around a symbol of the American Dream creates a story that digs much deeper than its opening scenes initially seem to. 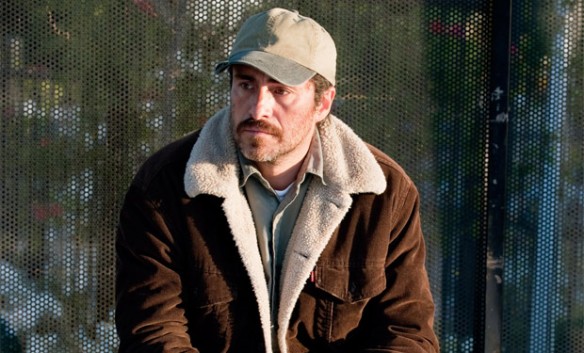 Carlos is a kind, honest man who believes in the ways of America and of justice, and in the end that is his downfall.  Luis is the opposite; he tags along with his dad because he thinks stealing the truck back will earn him some kind of street cred.  The movie’s weakest points are Luis interacting with his friends at school.  Screenwriter Eric Eason crafts believable characters out of Carlos and Luis, but all of Luis’ friends feel artificial because of both amateur acting and underwhelming writing.

Thankfully, most of the story stays with the father and son.  As they pursue the truck thief through the troubled neighborhoods in the sweltering L.A. heat, Weitz lets this ignored American underbelly speak for itself.  All of the major problems in the movie stem from the fact that Carlos can’t go to the police because he is an illegal immigrant.  In addition to that, Luis is made to strip in the police station by a racist cop who assumes his torso will be riddled with gang tattoos.

Police and the American Justice System in general are obstructions in this movie, forcing Luis to become a vigilante if he wants to preserve his already-miniscule living.  That living is mostly doing landscaping work for the wealthy, where he is shown to have a pristine ocean view as he plants shrubs.  His struggle with the truck later on is unique to the movie’s narrative, and because of this it hits even harder.  It makes him more than a face waiting to be picked up by a pick-up truck for a day’s work.

Carlos’ pursuit is the subject of countless American narratives, from similar recent movies like The Pursuit of Happyness to that timeless tale of paternal struggle, The Godfather.  By giving its character that same struggle if on a much smaller scale, A Better Life is asserting that illegal immigrants like Carlos are part of America, whether the government wants to acknowledge it or not.