“Why do we go to the movies?” is the film industry equivalent of “What is the meaning of life?”  It’s a question that everyone with varying degrees of passion for the subject has a different answer to.

Often, the meaning of the movies reflect the season they are released in, because people have different desires at the theater.  The summer is often associated with the kind of movie that gets people out of the heat and makes them relax.  Something for the kids to go to while the parents are at work, or the whole family to enjoy when everyone is home.

The summer season captures an audience that doesn’t consistently go to the movies, and as such it defines Hollywood.  People who follow movies year-round can begrudge the increasingly crowded theaters and, more importantly, the decreasing quality of the films.  The latter is what many critics continuously and justifiably complain about.  The disconnect between mainstream audiences and professional critics is never more apparent than when you look at the box office receipts of a movie like Thor or Pirates of the Caribbean: On Stranger Tides and then read their review blurbs on Rotten Tomato.

“But like Thor– which is, all in all, not quite as boring- On Stranger Tides is protected from the consequences of its own mediocrity by the mere fact that it is opening in thousands of theaters on Friday,” Scott wrote in his review of Pirates 4.  “People will go, and more energy will be expended parsing the box-office returns than discussing the merits of the film.” 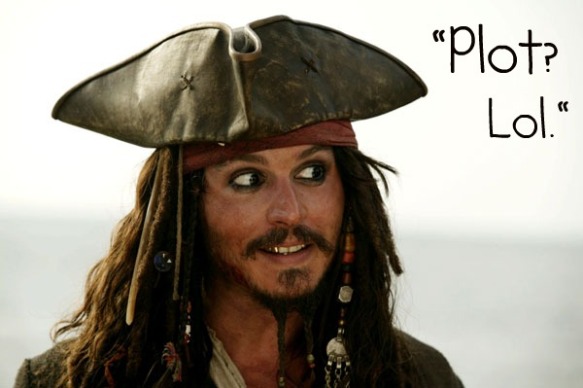 This complaint is completely valid in practice, but may be rendered moot by the mere fact that people who see the movie aren’t really interested in participating in that discussion, or any for that matter.  Because in Hollywood, and in the summer especially, box office returns are all that matter.  Superheroes and sequels, star-driven comedies, and recycled buddy films- you’ve seen it all before, and you’ll  see it again.

Remakes are not always bad, as the other NYT critic Manohla Dargis recently remarked in the “Ask the Critics” segment on their website. They’ve been around since the birth of Hollywood.  It brings up another valid point: that retelling a story isn’t bad, it’s the method of the telling.  Nolan’s Batman movies are grand indictments of the superhero mythos, while Thor and The Green Lantern are based on the whole premise “Woah… I’m, like, a superhero.”

So, to weave this all together, it’s time to stop complaining that sequels exist.  Sequels have been around since the 1930s, and sequels will be around well past the 2030s.  What it is fair to criticize is what you have in front of you.  Was a fourth installment of Pirates of the Caribbean necessary?  Of course not, but if it’s good who cares?  The trouble is, it and most sequels and remakes aren’t, even by standards of “mindless summer fun.”

Mindless fun is ok when you’ve got the filmmaking to back it up, and this is where the real problem is.  Can anyone really name the esteemed auteurs of the upcoming Kung Fu Panda II or X-Men: First Class?  Will Todd Phillips, the director of The Hangover II, be known to anyone but “The director who brought you Due Date and The Hangover” to most people?  It’s the big, bright stars that blind mainstream audiences to the quality of the film.

So it’s time to congratulate Jerry Bruckheimer and Johnny Depp for the latest Pirates $90 million box-office booty on opening weekend.  Without them, it wouldn’t have been made or even written, and audiences wouldn’t have been able to walk out of the theater, uttering “That was all right,” and shrugging it off until the next blockbuster washes ashore.