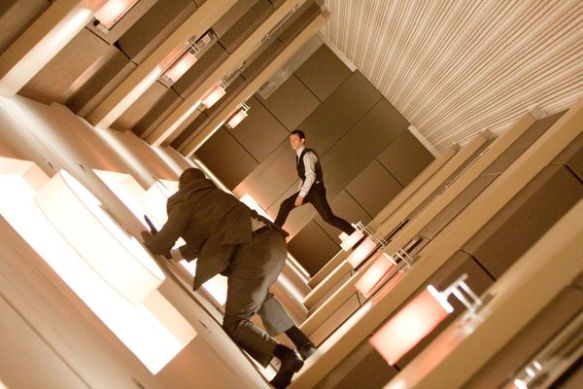 Prior to its release Inception had a wave of good publicity that put it on track to become the masterpiece and game changer brought to you by Christopher Nolan, the visionary behind The Dark Knight and the storyteller behind Memento.

In The Dark Knight Nolan reinvented the blockbuster, merging old school visual techniques with the best equipment and talent along with magnificent thematic storytelling. In Memento Nolan rewrote the rules of Hollywood narrative structure. In Inception Nolan was supposed to combine big budget with big ideas, but did he succeed?

For the most part reviewers have been saying no, and for good reason. The movie is long and spends a great portion of the beginning explaining its plot complexities, the rules and regulations of dream hopping, which can be boring and tedious with the absence of real action. Some have attacked the premise as being not as original as audiences think, stating that Inception’s silent homage to The Matrix or Shutter Island are rip-offs. In fact most of the backlash coming from critics stems from concept, which is confusing because concept is the strongest asset to the film. Picking out the flaws in length, lack of action, miscasting of Page, the mild performances, poor characterization or underdevelopment of Cotillard’s Mal character would be more fair arguments.

Any criticism on the concept is rationalized for one of two reasons. It may be overhype, something the WB publicity campaign is responsible for, not Nolan. A mega million dollar campaign that touts the visionary behind The Dark Knight will put out a psychological masterpiece that will bend our eyes and minds at the same time with our leading man Leo and indie gems JGL and Juno is something hard to let go lightly. Anything less than revolutionary is failure with that kind of tagline. Another plausible explanation is the movie was simply underwhelming conceptually.

This is part true and part false. For anybody who has seen David Lynch’s Mulholland Drive or the inventive Walking Life, the imaginative abilities of the dream worlds in Inception are unimpressive. They are boring, just like our own world and uncreative in a way, which is not how our real dreams are like. Nolan, a filmmaker who embellishes realism, avoided making the dreams that way for a reason, because otherwise the dreamer would notice it was a dream and would not be able to be heisted. But that shouldn’t take away from the highly imaginative design of the dream thieving idea.

Anybody who has seen his previous films such as Insomnia, The Prestige or Following would confirm that approaching such advantageous plots plagued with psychological exploration or untrustworthy narration isn’t anything new or leaping. However, Inception goes to a whole new level. Not just with plot or worlds, but with architecting concept into the story.

Consider a movie as a house. A typical house has a wooden frame, which to most movies would be the plot and narrative structure of the movie. This frame is often generic, simple, and easy to navigate through. Hollywood uses these structures to fill with concepts in order to customize them, the walls, carpet and furniture. Inception would be built a little differently. Instead of the concept forming to the structure and story, the story forms to the concept. The frame of the house is the high concept of how to enter a dream, what the rules are in the dream, how to travel in a dream, wake up and die in a dream, what you can do in a dream, how to get into a dream in a dream and what happens to time, what happens to people or how you can create things in a dream. Then Nolan fills this frame with his walls, carpet and furniture. He places the story of Dom performing inception to get back his kids, all while taking him through multiple layers of dreams where the audience learns more about Mal and how she died and how dreams brought her to her situation. It is alternative storytelling/homebuilding at its finest.

After all, could you dream something as complex and compelling as Inception let alone share that dream?

4 thoughts on “Deception: The Conceptual Complexity of ‘Inception’”