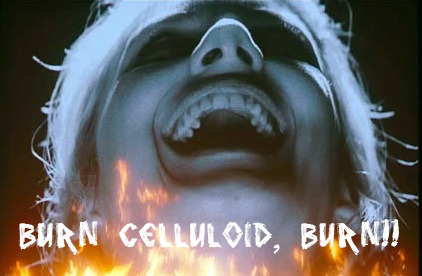 A big buzz in the film industry these days, mostly amongst critics and purists, is whether or not, in the age of Pixar and Avatar, traditional cinema still exists.  Does printing your shots on 35mm make them any different than a digital projection?  It enriches the colors, it enhances the experience, and, in my opinion, it limits the audience.  Sure, traditionalists may cry “Off with his head!” at anyone who dares suggest a movie can be enjoyed outside the confines of a movie theater.  However, it’s impractical.  Movie theaters enhance the experience, there’s not doubt about that, but it’s absurd to think a typical person not being shown the movies for free can afford to enjoy every film in a multiplex.  It’s also absurd to think they can’t still enjoy it at home.

Since the invention of such devices as the Beta, VHS, and DVD we’ve been trying to bring the theater experience into the living room, and we’ve gotten progressively better at it.  If you’ve got a dark room, a gigantic television and a Blu-ray player, you’ve almost effectively recreated the experience.

In his online article for Cineaste magazine, Jonathen Rosenbaum argues the case for enjoying films on DVD:

I would argue, in fact, that what qualifies as “optimal” viewing can vary enormously from film to film and from one set of conditions to another. Although obviously all of us should see Eisenstein’s Ivan the Terrible in new 35mm prints, I’m not at all certain that all of us should forego the rich edifications of Yuri Tsivian and Joan Neuberger’s audiovisual essays about the film on Criterion’s DVD in exchange for that privilege. So we need to step away from absolutist positions about the future and make use of the best possible choices available to us in the present.

There you have it.  People whom Rosenbaum calls “archivists” are the ones who say that when you watch a film in a digital format you are watching a “facsimile” of the original and therefore cannot participate in the discussion.  To me, this is utter academic snobbery.  By limiting the discussion, you effectively make your argument about a particular work that much stronger.  Nobody saw Avatar in 35mm, so I suppose nobody has the right to discuss it?

That leads to the move in the movie theater.  Theaters, to the dismay of archivists, are being pulled away from traditional mediums and towards digital projection and sound.  The end of the cinema roll does not mean the death of cinema though.  The New York Times’ Manohla Dargis has been one of the few modern critics to both acknowledge the death of traditional cinema but also embrace the new medium.  While she decries such practices as watching a movie on your IPod, her embracing of Avatar as a “A New Eden, both Cosmic and Cinematic,” showcases that her, and perhaps other, shyer critics are not against such abrupt changes.

Filmmakers are a different story, however.  There are those filmmakers, like Quentin Tarantino, who will not make a film in digital.  In fact, Tarantino has announced his vehement resistance to the digital movement, saying in a director’s round table last year that the day 35mm dies is the day he truly quits making movies.  “Oh… haven’t you heard?” half-joked James Cameron at the same discussion.

So what we’re left with is no solution, just debate.  There’s no stopping digital, archivists will have to build their own theaters and buy their own prints to do that.  What we lose in the theater, however, may be gained in audience participation.  Small movies reach larger audiences on DVD, and suggesting that because they didn’t witness it amongst a half-empty crowd of strangers makes their opinions less valid is exclusionary academic bullying. 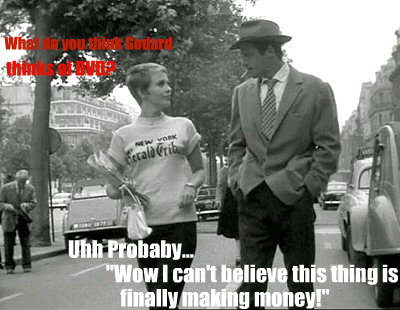 The film scholars can reissue as many 35mm remastered prints of Breathless as they want, but it’s still available from the Criterion Collection in a nifty little package that provides in depth essays and commentaries.  It is this instance that personifies the issue of digital.  Out of the ashes of the easily burned celluloid comes a different kind of depth and understanding, one that a larger audience can enjoy.