In honor of April Fools Day, I decided to list five famous and not so famous movies that can confound, twist, and trick you while still being well made and entertaining.  Don’t worry, I won’t give anything away.

Image courtesy of The Pioneer Woman

1.  The Sixth Sense– How could you not include this one?  The most famous thing about this movie is its ending, but the rest was still a great revitalization of the scary thriller when it was released.  Haley Joel Osment, Bruce Willis, and Toni Collette all give outstanding performances, but it’s the ending of this movie that earns its place in cinema history. 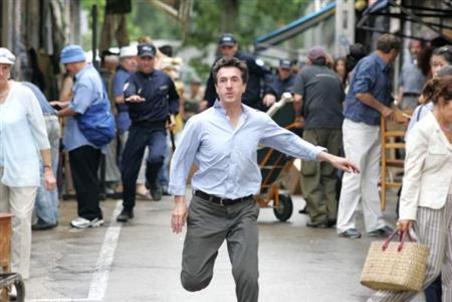 2. Tell No One– This excellent French thriller has twists at every turn, leading to one of the most satisfying conclusions in a movie.  This tale of a man who’s thought to be dead wife starts emailing him is a first-class thriller of the highest order.  Writer/director Guillaume Canet knows how to structure a film around an already great screenplay.

3. Donnie Darko– This whole movie plays out as a dream, but the ending really takes the cake.  After a few viewings it helps tie the movie together, but this is probably one of the most head-scratching films outside of the world of David Lynch.

Image courtesy of The Devil's Demons

5. Psycho– Hitchcock was a master of suspense and one of the greatest storytellers the world will ever know.  It’s fitting then to end this list with one of his best.  Psycho is a movie that not only provokes thought, but is still scary more than 40 years later.  The shower scene will still freeze your blood, but it’s the ending of this milestone that really takes the cake in terms of jaw-dropping.

6 thoughts on “Five movies with great tricks and twists”