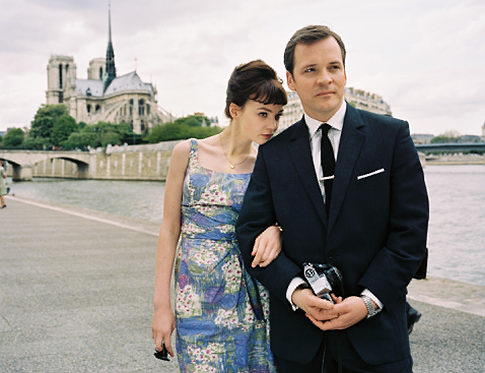 Warning: boring period piece this is not. Adults looking for a time capsule back to the early 60’s should stick to AMC’s Mad Men.  Though evoking that same atmosphere, An Education is a decidedly modern film, especially thematically, and that atmosphere will most likely be one that those growing up in the period don’t remember.

A wise-beyond-her-years 16 year old falls for an older man in pre-Beatles London. It sounds like a boring premise, but it couldn’t be more exciting, hilarious, and well-executed.  Director Lone Scherfig, working with an excellent adapted screenplay by Nick Hornby, makes sure of that.  Scherfig is yet another female director to emerge out of the 2009 renaissance.  Along with Kathryn Bigelow’s film, Scherfig’s movie is the best to come out of it so far.  Those at the top questioning whether or not female directors have the capability to do more than low-brow  romantic comedies should look here.

While Scherfig’s film is both romantic, and a comedy, it does not fall into either of these genres.  In a way it is anti-romantic, and the humor arises more naturally than the stupidly forced punchlines of The Proposal or The Ugly Truth.  Also unlike those two horrible films, it comes second to the character development, refusing to make caricatures out of its characters.

Newcomer Carey Mulligan gives  the greatest performance of 2009 as Jenny, pressured by her father (Alfred Molina) to go to Oxford and rebelling by having fun instead. Mulligan does the type of acting that many veteran actors still can’t do.  The raw, youthful nature of Jenny is perfectly captured.  She can say more with a look and the way she holds her cigarette than Sandra Bullock does during the whole movie in The Blind Side.

Jenny is sick of being in the strict uniform, no-fun atmosphere of her prep school.  She reads of a world beyond those gray walls and the hours of studying, and she wants it.  She gets her chance when David (Peter Sarsgaard), an 30-something man with wealth and culture, gives her a ride home in a rain storm.  This puts Jenny on the fast track to happiness, and gives her a lover to finally match her knowledge and ambition.

Sarsgaard plays the role with sly secrecy at first, but the script wisely stays away from a pedophilia vibe.  The scenes the two lovers share at the beginning are genuine, heartfelt moments.  This gives his role a real honesty, and in the end it pays off in spades.

There are also excellent supporting performances from Alfred Molina as Jenny’s repressive father and Rosamund Pike as the hipster introducing her to the high-class London scene.  Both Molina and Pike get many comic moments in the film, but they both bring gravity to their performances that makes them more than comic relief.

It is all of these characters together, not a prep school, that help give Jenny her education.  However, this education comes not from her school or anyone that she meets in that London scene, but from the lessons she teaches herself while interacting with them.  It is this message of self-taught lessons that make this a profoundly excellent film, carried by an excellent script and Mulligan in the acting debut of 2009.